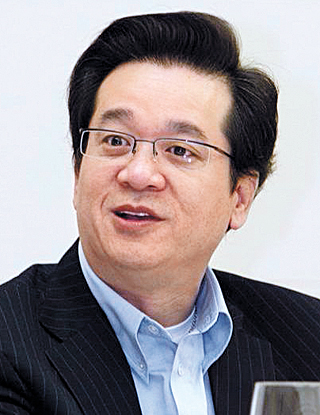 This is the first major step taken by the food and entertainment giant after its chairman, Lee Jay-hyun, returned to office last month after four years away from the business and pledged to make long-term investments to sustain profit growth at the company.

CJ CheilJedang said Monday it would spend 540 billion won through 2020 on a high-tech food manufacturing plant in Jincheon, North Chungcheong. Construction will begin in August, and production at the factory is expected to start in October 2017. The company said the Jincheon plant will come with so-called smart factory technology that can monitor and track a product’s manufacturing process and control it automatically.

When construction is complete, the plant will be able to churn out 120,000 tons of products every year. It is currently scheduled to manufacture the company’s Hetbahn cooked rice, frozen instant food and set meals.

On Monday, CJ CheilJedang said it also plans to buy Brazilian food company Selecta for 360 billion won. Selecta is the world’s top manufacturer of soy protein concentrate, according to CJ, posting 400 billion won in sales last year with a market presence in 37 countries.

“The vegetable-based high-protein food market is worth 1.6 trillion won and has been growing at an average rate of 7 percent every year for the past five years,” CJ CheilJedang said in a statement.

The company established a fermented soybean meal plant in Vietnam last year. Together with the Vietnam factory and domestic plants, CJ CheilJedang hopes to achieve annual revenue of 800 billion won by 2020 in the vegetable-based high-protein food market.

“This investment is based on Chairman Lee’s management belief of contributing to the country through business,” Kim Chul-ha, CEO of CJ CheilJedang, said in a statement. “This is the first step in the company’s effort to become No. 1 in the food and biotech industry.”

Chairman Lee returned to office last month after a four-year hiatus because of chronic illness and a prison term for tax evasion and embezzlement.

He has pledged to invest a total of 36 trillion won so that the group can get back on track.