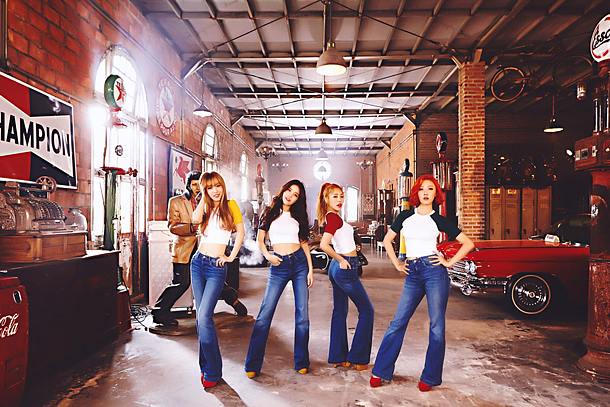 Mamamoo, the SM Entertainment quartet known for their vocal talent, released the tracklist for their upcoming album, “Purple,” yesterday.

Yesterday morning, Mamamoo took to their official Instagram account to tease fans who have been waiting for their upcoming album.

The photo posted shows five songs - the lead single “As For Me,” “Finally,” “Worthless,” which was previewed at a concert in March, “Dad Jokes” and “Da Ra Da,” which features American R&B artist Jeff Bernat and rising star B.O.

“Dad Jokes,” features the voices of comedians Kim Jun-ho and Kim Dae-hee who offer narration to the song.

The members of the girl group reportedly all had a hand in the production and lyrics of the songs. Producer Kim Do-hoon, who was the general director for successful mini-albums “Mr. Ambiguous” and “Decalcomanie,” once again joined the group.

The album will be released on June 22.