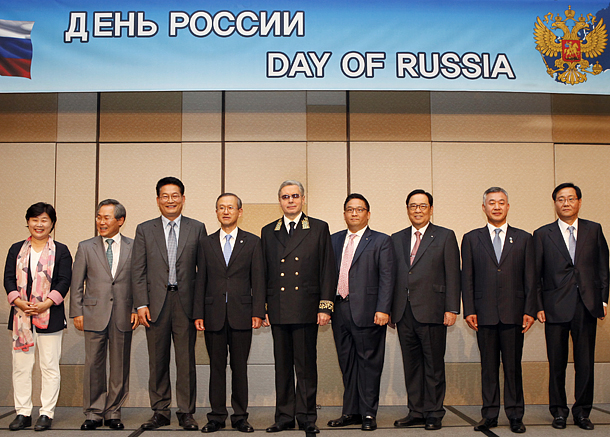 Russian Ambassador to Korea Alexander Timonin, fifth from left, Democratic Party Rep. Song Young-gil, who was President Moon Jae-in’s special envoy to Russia last month, third from left, and guests celebrate Russia Day at the Millennium Seoul Hilton in central Seoul on Friday, commemorating the adoption of the Declaration of State Sovereignty of the Russian Soviet Federative Socialist Republic in June 1990, which brought with it constitutional reforms and democracy. [PARK SANG-MOON]