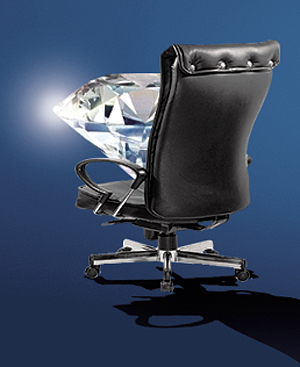 While we are supposed to be dashing toward the grand cause of the new era, we are once again suffering. Confirmation hearings are supposed to screen for corruption, but it is interesting to see how the new administration’s ambitious cabinet choices are being attacked by opposition lawmakers. It is dramatic to see socially renowned figures exposed of wrongdoings and breaking sweat.

It feels good and disappointing at the same time when the mask of dignity and reputation is uncovered, and the naked face is exposed. Those who stand at the hearing must feel stressed. They may want to retreat, but they must endure in order to serve the position they have been designated to serve. A month has passed, but less than half of the positions have been filled.

The qualifications for high-level officials in Korea are not very demanding. The Blue House’s human resources office and related agencies review appointees based on 20 categories. In the United States, the Office of Government Ethics thoroughly examines candidates based on 233 categories. The United States, after all, is the birthplace of democracy and puritanism.

And what of a Confucian state like Joseon Korea? It might not have been as meticulous as the United States, but the central government kept a running list of talented candidates recommended by different offices. It was the job of regional government chiefs to screen and recommend wise and outspoken scholars to the court. They took into account three standards: knowledge, talent and virtue. The most desirable candidate was “a man of virtue.” These qualities are similar to the Moon Jae-in government’s “five principles” for top appointees.

It must have been just as hard to find the right officials during the Joseon period between 1392 and 1910. Under King Seongjong’s reign, the interior minister, Kang Hee-maeng (1424-83), tendered his resignation, saying, “Those who follow personal interest may make mistakes in state affairs. To follow the reasons of heaven, one should avoid compassion. I haven’t been able to find someone who can embrace both the heaven’s will and compassion.” The candidates in the list hardly passed the verification process. The list was revised repeatedly, and government vacancies increased.

Why is it so hard to find someone with exemplary conduct? Many of us have received recognition for good behavior at schools, but why can’t we grow up to be exemplary adults?

We have passed through the most intense period of development, competition and resistance in Korea’s modern history. Most of the candidates are baby boomers and from the activist generation. The baby boomers frequently relocated from one place to another during their childhood and experienced rapid industrialization. They grew up compromising with, or criticizing, the reality of corruption and collusion between the government and business.

The next generation lived in the age of resistance. By the time they entered society and began to establish themselves, Korea received a bailout from the International Monetary Fund. School district standards fell, and housing prices soared. Laws and systems changed frequently. While people could barely make ends meet, they had to also take on the burden of supporting their parents and families. How difficult it must be to find someone who has maintained “good conduct” under such circumstances. They lived in a time when everyone had flaws, but not as serious as their parents’ generation.

Considering the circumstances, the Moon Jae-in administration’s five principles are overly strict as no one is free from flaws. Integrity is an important quality for public servants, but the administration is caught in the trap of the justice it had set up. We understand how desperate the Joseon minister Kang must have felt when he submitted his resignation. At the end of the day, King Seongjong comforted Kang by saying, “How can only competent and wise men be appointed?”

It is not very pleasing to see opposition lawmakers making personal attacks by exaggerating relatively minor flaws. When filling government vacancies is urgent, concession does not hurt the nation very much. The opposition parties must help and support the new administration, which has started off without even a transition committee.

I’d like to propose changing the evaluations for confirmation hearings to a grading or scoring system. For example, points can be given to each of the five principles, maybe 15 for illegal real estate speculation, 5 for use of a false address, 10 for tax issues. Specific scores can be calculated for each category based on the gravity of violations. By subtracting the score from 100, an “ethics score” can be calculated, and a candidate can only pass with 80 points or more.

Along with that, morality, social contributions and competence in policy can also be calculated into the evaluation. When the grades from the three categories are combined, the ruling and opposition parties will be able to reach a consensus without lobbing any personal attacks or insults.

There is no guarantee that a person with perfect morality has the best competency in state administration. There is also no guarantee that a person with an outstanding policy vision is ethically exemplary. Having been through turbulent times and 30 years of democracy, insisting on flawless candidates would be falling into the trap set by the new government. Finding 100 percent pure talents is a challenge for all eras.