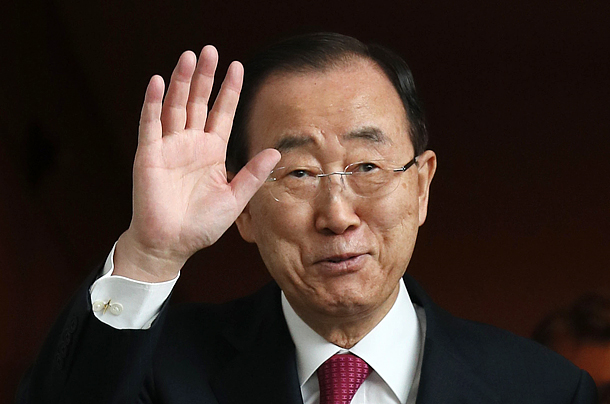 In a press release, the IOC said its Executive Board has tapped Ban to be the new chair of the Ethics Commission. Ban’s candidacy will be put to a vote to the full membership at the IOC Session in Lima, Peru, in September.

If approved, Ban, former South Korean foreign minister, will succeed Youssoupha Ndiaye, former head of Senegal’s Constitutional Court, who will step down at the end of the IOC Session.

Ban served as the UN secretary general from January 2007 to December 2016.

The IOC noted that Ban “committed the UN to the highest standards of ethics, integrity, accountability and transparency.”

“One of Mr. Ban’s first actions was to introduce a code of ethics to the organization, which applied to all employees,” the IOC said. “An Ethics Committee was established to devise ‘a unified set of standards and policies’ for the entire UN system.”

The IOC called Ban “a strong proponent of enhancing the role of sports to address global challenges.”

Ban also participated in two Olympic torch relays: first at the 2014 Sochi Winter Olympics and then at the 2016 Rio de Janeiro Summer Olympics.

“I am deeply honored to be nominated as the chair of the IOC’s Ethics Commission and accept the position with a sense of humility and responsibility,” Ban was quoted as saying. “The United Nations and the International Olympic Committee have had a close working relationship over many years with both organizations contributing to building a peaceful and better world. In working closely under the principles of the IOC movement, I will do my best to enhance the accountability and transparency of the IOC.”

IOC President Thomas Bach said Ban is an ideal person to lead the Ethics Commission since he has “an exemplary record of public service with integrity, accountability and transparency.”