Moon in the middle

Moon in the middle 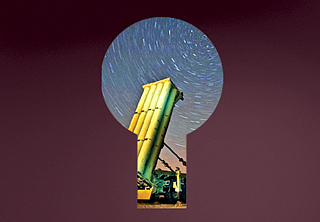 Controversy over Thaad continues in Korea and abroad. The government has clearly stated it has no intention of changing an agreement made based on the Korea-U.S. alliance. Yet an evaluation of Thaad’s environmental effects has been scheduled, and deployment of the remaining four launchers has been delayed. China is pressuring Korea into cancelling deployment. Why does the Moon Jae-in administration remain ambiguous? Is it the right strategy? There appears to be three reasons for delaying installment of the additional launchers.

The first is domestic. The previous administration hurriedly pushed through Thaad deployment without going through proper processes, including studying the environmental impact and seeking legislative approval. There could be political motivation in the current government to distinguish itself from the previous administration and set an exemplary precedence of transparency and communication in policy making.

The second reason involves changes in U.S.-China relations. In the early days of Trump’s presidency, many international relations experts predicted the U.S. and Chinese governments would face serious discord. The United States wants to maximize economic gains by pressuring China on currency exchange and trade issues, and if there’s major friction between the two countries, the Thaad issue will become a relatively trivial point. In other words, it is strategically unnecessary to rush on Thaad because the issue will be easily resolved with changes in the international situation.

The third reason involves sanctions. President Moon wants to give China more reason to impose sanctions on North Korea. If the administration goes through with Thaad deployment, China could withdraw from sanctions in protest. Their effect would weaken, and North Korea won’t change its stance on the nuclear weapons issue. While the United States and United Nations can strengthen their sanctions, it will be hard to cause serious damage to North Korea. At this rate, South Korea will have little room to move independently to improve inter-Korean relations. If several years pass by like this, the Moon administration will have few accomplishments to set itself apart from previous conservative administrations.

For now, the strategy has more losses than gains. Procedural legitimacy is a domestic concern in the end. The United States says it understands Korea’s position but continues to harbor doubts, and China may be disappointed more given its higher expectations. Postponing deployment will come with a cost, and it may grow depending on how the situation unfolds.

It is better to stop hoping the Thaad issue will disappear. At least for now, there are no signs that it will. In fact, U.S. President Donald Trump and Chinese President Xi Jinping have been working together on the North Korean nuclear issue, and Thaad has become an issue for South Korea to resolve. Of course, we cannot rule out the possibility of U.S.-China discord in the future, but delaying Thaad deployment until then could affect the Korea-U.S. alliance and invite greater risk.

A substantial gain from the delay could be giving China more incentive to impose sanctions on North Korea. However, the real benefits might not be considerable due to the changing characteristics of UN sanctions. UN Security Council Resolution 2270, adopted after Pyongyang’s fourth nuclear test, recognizes North Korea’s anthracite exports as a livelihood exception. As a result, the Chinese government could use subjective judgment on whether importing resources is for livelihood or not. However, Resolution 2321 adopted in November 2016 set limits on anthracite export volume and value, and there is little room for the Chinese government’s subjectivity. In other words, depending on the timing of Thaad deployment, the intensity of China’s sanctions could vary.

The government needs to prevent the uncertainty over Thaad from growing. We need to make our own plan and actively negotiate with Washington and Beijing. The best plan is to defend Korea’s interests while minimizing losses for the United States and China. From China’s position, there is no reason or justification to oppose defense-oriented Thaad, whose radar range does not include China. The United States could be burdened by the limited operation of Thaad.

Yet Seoul can persuade Washington with the argument that North Korea’s denuclearization becomes a slimmer possibility without China’s cooperation. As President Trump has proposed, we may consider purchasing Thaad and limiting the radar’s range. The economic burden would be less than the cost of South Korea-China discord, including trade retaliation from Beijing.

It would be a loss in South Korea’s national interest to delay the deployment of Thaad without any plan. The ambiguous attitude could leave an impression that the administration is not ready. When it turns out to be a losing bet, the bill may be as great as eliminating hundreds of thousands of jobs.

*The author is an economics professor at Seoul National University.