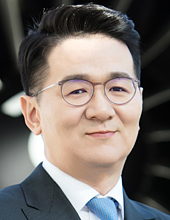 Cho Won-tae, president of Korean Air and eldest son of Cho Yang-ho, the chairman of owner Hanjin Group, will relinquish his titles at all group affiliates except for the airline in an effort to improve transparency in Hanjin’s businesses, Korean Air said Thursday.

Cho will also withdraw his privately-held stake in Uniconverse and donate the stocks to Korean Air.

Other members of Hanjin Group’s owner family, including Chairman Cho and Cho Hyun-ah, former executive vice president of Korean Air, will do the same.

Before relinquishing his titles, Cho served as president of the group’s holding company, Hanjin KAL, from 2014 and has overseen business management at core affiliates.

Last year in March, he became president of the Korea Airport Service and started heading the group’s low-cost carrier, Jin Air, in April. This January, Cho was promoted to president of Korean Air.