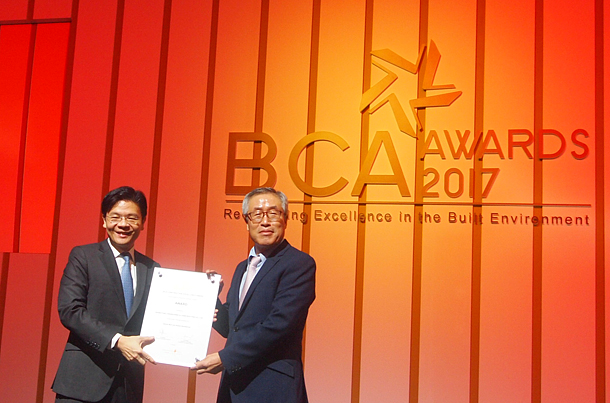 The annual BCA Awards recognize outstanding construction projects in Singapore. There are 10 categories, and the Construction Excellence Award is the grand prize. Ssangyong won this year for its involvement in a mixed development project in Bedok that includes eight apartment buildings housing 583 families, a shopping mall and bus terminal. The contract was worth 250 billion won ($222 million), and construction ended last year.

“We were able to reconfirm that we have the best construction technology among companies operating in the region by winning the grand prize for a ninth straight year,” Ssangyong said in a press release Thursday. “The Singaporean government was interested in the project because it seemed a bit difficult, but winning the award suggests we have completed the project perfectly.”

Along with the Construction Excellence Award, Ssangyong was recognized in four other categories including green building. The Korean construction firm has now received a total of 29 awards from Singaporean Building and Construction Authority.