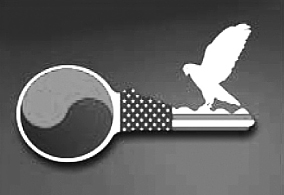 The deadlock in inter-Korean ties and the North Korean nuclear problem shows little signs of easing, even under liberal President Moon Jae-in, who vows to revive the engagement policy.

He hopes to renew civilian interactions and humanitarian aid, but the United Nations, the United States, China and other states are toughening up sanctions and pressure against the reclusive regime, which is fast advancing its weapons program.

North Korea remains defiant and is not ceasing its nuclear development and missile tests, inviting tougher sanctions. It flatly turned down the overture from Seoul for exchanges and aid. The new administration faces a dead end. So what’s next?

For any breakthrough, it must be clear about its ultimate goal in North Korea policy. The final destination is warless achievement of denuclearization and permanent peace.

The short and long-term strategy and polices on North Korean and foreign affairs must aim for that single goal. The end must be set for any beginning.

Korea’s revered philosopher, Ham Seok-heon, said there can be a beginning only when there is an end.

When we hit a dead end, we must start afresh as we know the end opens to a new path.

We can refer to predecessors for guidance and wisdom. Those who had opened new chapters in inter-Korean ties would have been under the same tough conditions.

Dissident-turned president Kim Dae-jung, who achieved the first-ever postwar summit with his North Korean counterpart Kim Jong-il, came to office when the two Koreas were at a standoff, with Pyongyang threatening to turn Seoul into a sea of fire.

His so-called Sunshine Policy was suspected and shunned by Pyongyang. Kim was attacked and stigmatized by conservatives at home as pro-North Korea and communist.

Moreover, South Korea was in the midst of a national crisis, narrowly escaping state bankruptcy through an international bailout. Rapprochement and a reconciliatory approach towards North Korea had been an entirely new concept and path.

President Roh Tae-woo, who established the landmark basic inter-Korean agreement, joint declaration of denuclearization, joint entry to the United Nations and normalization of diplomatic ties with China and Soviet Union, also came to office when hostility towards Pyongyang peaked due to its deadly bombing of a KAL airliner.
What he had achieved was a dramatic turnaround.

President Chun Doo Hwan also made an about-face in policy towards North Korea after the Yangon bombing by North Koreans in an assassination attempt on his life and initiated inter-Korean dialogue in broad areas, as well as drawing an agreement to hold summit talks.

Under the governments that improved security, peace and the international front based on amicable inter-Korean relationship, the economy, welfare and livelihood of the people were all better — as underscored by data on growth, exports, foreign exchange reserves, per capita gross national income and wages.

We must not allow North Korea to cut off dialogue and remain hostile to the South and the international community, which it does so that it can buy time to master its nuclear arms and intercontinental ballistic missiles.

The new administration must learn from the past governments of Roh Tae-woo, Kim Dae-jung and Roh Moo-hyun.

They achieved milestones of joint membership to the United Nations, advances in North Korean talks with the United States and Japan to normalize ties and step-by-step action plans to solve the North Korean nuclear problem through breakthroughs in inter-Korean relationship and a solid Korea-U.S. alliance.

Moon must seek to break the freeze in inter-Korean relations with a solid push to create a strong alliance with the United States in order to ensure lasting peace and denuclearization. The North Korean nuclear issue remains unresolved despite endeavors by South Korea and four global powers over the last four decades.

But a path must be discovered.

The Greeks did not know oceans lay beyond the Mediterranean until Heracles opened the gateway with his bare hands.