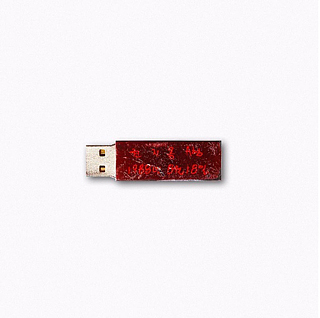 Many fans who bought G-Dragon’s recent USB album “Kwon Ji Yong” have taken to social media to complain about the red ink on the USB rubbing off onto their hands and clothing.

YG Entertainment said in a statement that scratches on the USB and the paint wearing off was intentional and part of the design concept of the album.

Even prior to the release of the album, the agency notified fans that the USB drive “has scratches and the color might come off.”

It said the concept of the physical album was meant to allude to G-Dragon’s DNA and his birth, which is also expressed through the rapper’s birth date and blood type engraved along with his name on the USB.

The album was a hot topic of discussion on Thursday, after the Korea Music Content Industry Association, operator of the official Gaon Chart, claimed the album couldn’t be considered an album because the USB doesn’t contain song files, and instead only contains a hyperlink that takes users to a site where the album is available.

Nevertheless, the album is still performing well, with two singles in the top ten on most domestic charts.