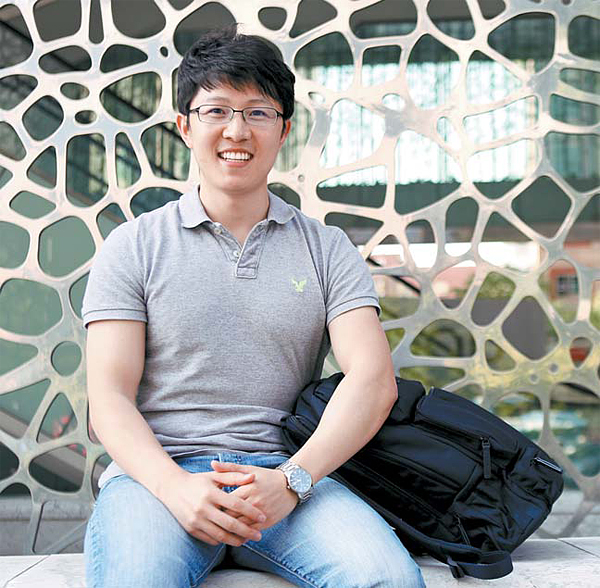 Lee Sung-ju. author of “Every Falling Star,” a nonfiction account of his life as a North Korean street kid. [KIM CHOON-SIK]

“We headed out of the city on foot, the sun setting behind us, walking along the dirt roads that eventually became mud paths, weaving in and out of the hills of Orang County in North Hamgyeong Province.”

This is an excerpt from North Korean defector Lee Sung-ju’s “Street Kid’s Shoes.” The book, published in January, is a Korean translation of “Every Falling Star,” which debuted in the United States on Sep. 13, 2016.

At the end of last year, the book was selected as a 2016 Parents’ Choice Award for silver honors, an American prize for children’s consumer products.

While the English language title was chosen to connote his childhood aspirations, the Korean title alludes to his days on the road. 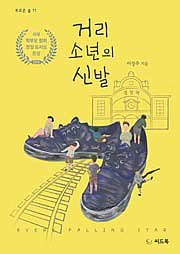 His account brings to life his four years as a North Korean street kid. North Korean-style language is employed when possible, substituting “comrade” for “friend” and so on.

The memoir follows Lee’s trials and tribulations, as he was born into an elite North Korean household whose fortunes soured after his father, a high-ranking North Korean military officer, was reported to the authorities for having said, “There is no hope for the Democratic People’s Republic of Korea [North Korea],” while having a few drinks.

The family of three was expelled from Pyongyang to Kyongsong, North Hamgyong, and his life completely changed. His father soon went missing.

“I’ll come back after getting some food,” were the last words he shared with his mother, who abandoned him a week later. He was only 11.

This was the time of the Arduous March of North Korea, a four-year famine brought on by disasters, both natural and man-made. The North’s public distribution system was unable to cope with the increasing demand, and the death toll is considered to be in the hundreds of thousands to millions.

“I left Kyongsong with six other street kids and wandered around Hamgyong,” Lee says. “We fought with other gangs of street kids, and a friend was even caught and beaten to death while we were stealing from a farm.”

Having gone through good times and bad with them, he came to call them his family. It wasn’t until he was 15 that he met another of his relatives.

“Returning to Kyongsong Station, by chance, an elderly person approached and said, ‘I’m your maternal grandfather.’ I didn’t believe those words and followed him with my street kid friends to strip his house. But I was taken aback when the elderly man showed me a family picture. He truly was my grandfather. He had gone to the station every Sunday in the hopes of meeting his grandchild.”

He finally defected in 2002, having learned that his father had settled in South Korea years before.

Though Lee was three years behind in school, he was accepted to Sogang University as a political science major and graduated a semester early, then received a full scholarship for a master’s degree at the University of Warwick.

“It is important to reduce the emotional divide between South and North Koreans in preparation for reunification, which may come any day,” Lee says. “One of these days, I’ll be face-to-face with my mother and I’d like to think that when she sees me, she’ll praise me.”