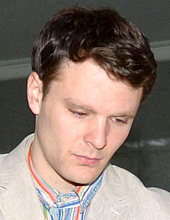 American doctors who are treating Otto Warmbier, the 22-year-old college student who was released by North Korea this week in a coma after 17 months of detention, said he suffered “severe neurological injury.”

Doctors with the University of Cincinnati Medical Center, where Warmbier was taken Tuesday night upon his arrival in Ohio, said he currently has severe injury to all regions of his brain and is now in a state of “unresponsive wakefulness,” according to the AP.

Warmbier reportedly does not show any consistent response to stimulation, shows no sign of understanding language, responding to commands or awareness of his environment. He also shows extensive loss of brain tissue, the news agency cited doctors as saying, which is consistent with respiratory arrest, when the brain is cut off from oxygen. Doctors, however, do not know precisely how Warmbier reached that state.

No evidence of active botulism, a rare illness caused by a toxin, was found. North Korea had told American officials that following his trial in March 2016, Warmbier became sick with the illness and slipped into a coma after being given a sleeping pill.

Fred Warmbier, the father, told media he did not buy the story. In an interview with Fox News Wednesday, he said his son was “terrorized and brutalized” during his detention and that he has been in a coma for more than a year, though his family only learned about that condition last week.

“U.S. citizen Otto Frederick Warmbier, who had been in hard labor, was sent back home on June 13 on humanitarian grounds according to the adjudication made on the same day by the Central Court of the DPRK,” the statement read.

DPRK is short for the North’s official name, the Democratic People’s Republic of Korea.

The AP reported that a spokeswoman at the U.S. Department of State refused to say whether the American envoys who brought Warmbier out of North Korea on Tuesday gleaned anything about the medical conditions of three other American detainees.

Warmbier was arrested by North Korean authorities in January 2016 for attempting to steal a sign from a restricted area in his hotel. He was sentenced to 15 years of hard labor for subversion. A student at the University of Virginia, he had flown to the North that January as a tourist.

North Korea has a long history detaining American citizens and using them as some sort of a bargaining chip to gain the upper hand in talks with Washington, but very rarely have any of them been physically tortured.

Warmbier's case, which will likely sour bilateral relations even more, is also an obstacle for South Korea's Moon Jae-in administration, which seeks dialogue with the Kim Jong-un regime.

President Moon said Thursday he was willing to sit “knee-to-knee, head-on-head” with North Korea to discuss peace and cooperation on the condition that it refrain from any additional missile or nuclear test.

The proposal was starkly different from Washington’s. Heather Nauert, spokeswoman at the U.S. State Department, said Thursday in Washington that for the United States to engage in talks with the North, it must denuclearize, adding “that is not something we’re seeing them take any steps to do.”

Moon is expected to fly to the United States for a bilateral summit with U.S. President Donald Trump on June 29 and 30.