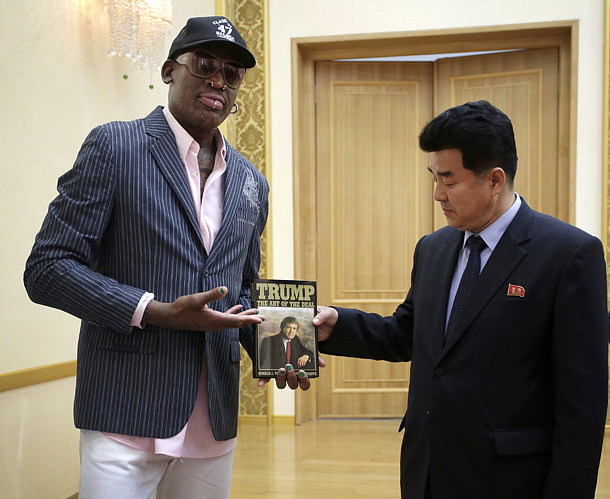 Former NBA basketball star Dennis Rodman presents a copy of U.S. President Donald Trump’s book “The Art of the Deal” to North Korea’s Sports Minister Kim Il-guk Thursday in Pyongyang. The book, intended for North Korean leader Kim Jong-un, was not signed by Trump, who was Rodman’s boss for two seasons of the “Celebrity Apprentice” reality TV show. Rodman said his visit has nothing to do with the White House. [AP/YONHAP]