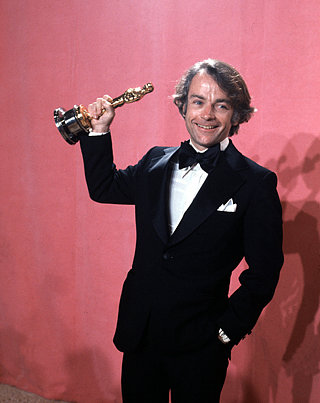 “Rocky” was a huge success. It won Oscars for best picture, director (Avildsen) and editing and was nominated for seven others. No less a Hollywood eminence than Frank Capra loved it, telling The New York Times in 1977, “When I saw it, I said, ‘Boy, that’s a picture I wish I had made.’” For his part, Avildsen said Capra - who also championed underdogs on film - was his favorite director.

“Rocky” was a chance venture for Avildsen. Sylvester Stallone, then unknown, had written the script and sought Avildsen to direct it, but Avildsen was already working on another film. Suddenly the production company ran out of money and that film was canceled.

A friend sent Avildsen the “Rocky” script. “On page 3, this guy (Rocky) is talking to his turtles, and I was hooked,” Avildsen remarked. “It was a great character study.” Avildsen agreed to direct “Rocky” even though he knew nothing about boxing.

The film was shot on a tight budget, less than $1 million, and it was completed in 28 days.

“The first time I showed it to 40 or 50 friends, they all freaked out, so that was encouraging,” he recalled. “But I guess when I saw the lines around the block, it began to take on a reality.”

Stallone praised the director Friday night for believing in him.

“I owe just about everything to John Avildsen. His directing, his passion, his toughness and his heart - a great heart - is what made ‘Rocky’ the film it became,” Stallone wrote in a statement. “He changed my life and I will be forever indebted to him. Nobody could have done it better than my friend John Avildsen. I will miss him.”

Five sequels followed, but Avildsen turned them down, until the fourth, “Rocky V,” in 1990. He said he considered it a good script and liked that Rocky would die. During the shooting the producers decided Rocky had to live. “You don’t kill off your corporate assets,” Avildsen commented. The fifth sequel, “Rocky Balboa,” came out in 2006.

“The Karate Kid” was another surprise hit. In it, a teenager played by Ralph Macchio seeks help from a Japanese handyman (Noryuki “Pat” Morita) after being bullied. At the climax, a newly self-confident Macchio takes on a bully in a karate contest - and wins.

Released in the summer of 1984, “The Karate Kid” attracted millions of youngsters and brought Morita, a veteran performer best known for his TV roles, an Oscar nomination as best supporting actor.

Avildsen is survived by his sons Jonathan, Ashley and Anthony, and daughter Bridget.