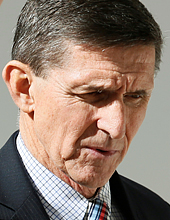 President Moon Jae-in is having a hard time with the confirmation of nominees for major positions, but when it comes to vetting his picks, he’s far better off than U.S. President Donald Trump.

The Trump Administration was supported by voters angry at illegal immigrants. Trump pledged to build a wall on the border with Mexico to prevent illegal entries. However, in February, Andrew Puzder, Trump’s choice for labor secretary, withdrew the nomination after he admitted hiring an undocumented housekeeper. Duties of the job include cracking down on illegal employment of undocumented immigrants. The screening process plainly failed.

Employing undocumented workers as domestic help was an issue that surfaced in confirmation hearings in the Bill Clinton, George W. Bush and Barack Obama administrations. So-called “nannygate” scandals are being repeated in the Trump administration. Puzder’s housekeeper controversy was not picked up by the administration itself. It was exposed by the Huffington Post.

In January, Monica Crowley backed away from an appointment as White House communications director over an allegation of plagiarism. Vincent Viola, nominee for army secretary, withdrew voluntarily over a possible conflict of interest. Then Trump named Mark Green for the post, and he ended up bowing out over controversial remarks on LGBT issues, Muslims and Hispanics.

Some cabinet members confirmed by Congress experienced extreme partisan discord. The vote for Attorney General-nominee Jeff Sessions was postponed when Democrats boycotted the Senate Judiciary Committee in late January. On Jan. 31, Democrats and Republicans clashed over Sessions at the Judiciary Committee, and suddenly they fought over Obama. Republican Senator Ted Cruz said the eight years of the Obama Administration had been “lawless.” Dianne Feinstein, a Democrat, said that when Richard Nixon fired an independent special prosecutor, the attorney general and the deputy attorney general resisted. The attacks on former presidents’ competence sounded familiar to Korean ears.

In the same month, Democrats on the Senate Finance Committee rejected treasury secretary nominee Steven Mnuchin and health secretary nominee Tom Price for false asset reports and investments in a health insurance company respectively. As the Democrats boycotted the committee hearing, it was broadcast that Chairman Orrin Hatch and a few Republican members were sitting in the empty chamber. Hatch was furious and openly called Democratic members “idiots.” The ruling and opposition parties in Korea may have lively contests of will, but they don’t call each other idiots — at least not yet.

Most of all, the Trump Administration’s failure in vetting showed in the appointment of Mike Flynn as National Security Advisor. Trump chose Flynn as the helmsmen of national security policy without taking into account his history of contacts with Russians, setting up the catastrophic “Russia-gate” scandal, which has yet to subside. The Moon Jae-in administration is contemplating whether to change a few of its nominees. The Trump administration has already crossed that line. We can learn from the mistakes of the Trump administration how important verification is.