Moon’s approach to North may jar the Trump gov’t

Moon’s approach to North may jar the Trump gov’t 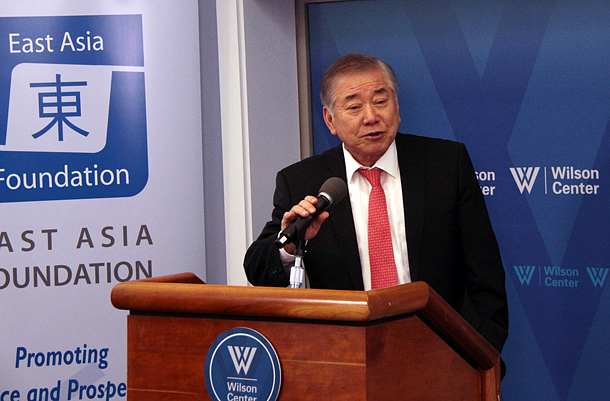 With the U.S.-Korea leaders’ summit just around the corner, the two governments may find themselves at odds over North Korea policy, especially after President Moon Jae-in’s adviser suggested dialing down joint Korea-U.S. military exercises to hold talks with Pyongyang — if it suspends its nuclear and missile tests.

“If North Korea suspends its nuclear and missile activities, then we may consult with the United States to scale down ROK-U.S. joint exercises and training,” said Moon Chung-in, presidential special advisor for unification, foreign and national security affairs, in a forum on the U.S.-Korea alliance at the Woodrow Wilson Center in Washington D.C. Friday.

“We understand these views are the personal views of Mr. Moon and may not reflect official ROK Government policy,” Alicia Edwards, a U.S. State Departments spokeswoman, told the JoongAng Ilbo. “I refer you to the ROK Government,” using the acronym for Republic of Korea, South Korea’s official name.

But President Moon has also suggested the possibly of holding talks with the North if it stopped provocations.

“Our position has not changed. For the DPRK — for us to engage in talks with the DPRK, they would have to denuclearize,” Nauert said in a press briefing Thursday, using the acronym for North Korea’s official name, the Democratic People’s Republic of Korea. “And that is not something we’re seeing them take any steps to do so. We remain very concerned about their provocative actions that they continue to take. We continue to call on them to de-escalate those types of actions, but we are nowhere close to that.”