Schizophrenia is not a cause of violence: study

Schizophrenia is not a cause of violence: study

In Korea, random acts of violence are often attributed to schizophrenia, but one professor doubts the relationship between this disorder and violence.

Lee Soo-jung, professor of criminal psychology at Gyeonggi University, conducted a series of in-depth interviews with 25 people incarcerated in Korea for random acts of violence, including murder, assault and attempted murder.

“What does this country mean to you?” Lee asked one.

“Those who have money or ‘back’ (background),” replied the inmate, a 20-year-old man, “live comfortably while someone like me suffers from intense discrimination.” 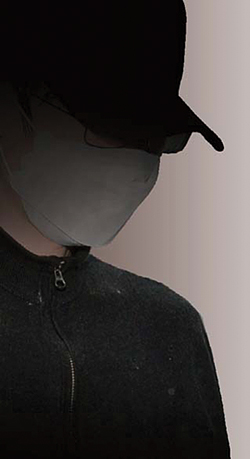 The inmate had beaten a random passerby to death and is now serving a life sentence. Lee recalled that the young man was noticeably agitated throughout the three-hour interview and, when Lee asked, “What did you do for food when you were young,” the man responded, “I don’t have a memory of eating with anyone. I used to cook ramen by myself.”

After his mother abandoned him, the man became divorced from almost all family ties and had a hard time making friends.

Importantly, he was not diagnosed with a mental affliction of any kind, nor did he exhibit any abnormal behavior. Yet, after the murder, he was diagnosed with schizophrenia.

Lee put the man through a battery of psychological tests assessing impulse control and empathy, and concluded that the subject felt compelled to commit his crime because of a victim mentality and extreme social alienation - not schizophrenia.

Last May, on a hiking trail at Mount Surak in Nowon District, northern Seoul, a 60-year-old man murdered a female hiker. Dozens of such cases have emerged in recent years. And quite often in these cases, offenders are said to be sufferers of schizophrenia, as was the case last year involving murders at Gangnam Station, Mount Surak and a gunfight at Opaesan Tunnel.

Schizophrenia is a mental disorder primarily characterized by an inability to understand what is real. Symptoms include delusions, confusion and hallucinations. However, people with schizophrenia are more likely to be victims of violence than to commit acts of violence.

In Lee’s examination of the 25 cases of random violence, she discovered three common threads - each perpetrator had a lonely childhood, poor social networks in adulthood and feelings of anger toward society. With the request of the Ministry of Justice, Lee met with offenders at detention centers and prisons, speaking to 18 in 2013 and seven in 2017. She released her conclusions this year.

All the interviewees but one were males, with an average age of 38. Sixteen had no incidence of mental illness in their life. The remaining 15 had high anti-social tendencies and many held criminal records. There were nine with a history of psychiatric disorders, six with schizophrenia and three with depression.

One 61-year-old subject’s family was in dire financial circumstances when he was young, so he left elementary school to work as a day laborer. When the subject was 40, he committed homicide during a robbery and spent the next 16 years in prison.

He was released last year and then murdered a woman he had only seen once or twice in passing. He later received a diagnosis of schizophrenia, yet at the time of the crime, he was said not to have exhibited any such symptoms.

“The subject had no social relationships,” said Lee. “He was aggressive towards others, impulsive and his inability to regulate his stress led him to commit an impulsive crime.”

Even though one of Lee’s interviewees, a 60-year-old who was hospitalized multiple times for schizophrenia, said he experienced a hallucination after the crime, Lee maintained this is not sufficient to make a diagnosis and that societal factors were the cause. If not for such factors, Lee said, schizophrenia by itself would not induce one to commit a crime.

As evidence of this, Lee points to the fact that only two of the people diagnosed with schizophrenia in the interview pool had stable families and good financial status, whereas 22 persons were unemployed or were in a state of unstable employment, only two were married and 15 lived with their families and were psychologically isolated.

“There is no point in nitpicking over the percentage of crimes committed with the presence or absence of mental illnesses,” said Lee. “Instead, we must assess one’s propensity to commit crimes. Even if there is a mental illness, there is an extremely low probability that a criminal act will take place if issues do not arise from their family environment, interpersonal relationships and other factors.”

Specialists are calling for a disassociation of “mental patient” with violent crime and a system for social relationships necessary for reducing potential risks.

“Whether or not an individual has a victim mentality is difficult to assess, but they can give off signals,” said Lee Yong-pyo, professor of social welfare at Catholic University of Korea. “A community management system must be created so that when this condition is discovered, people can go for consultations and treatment.”

This is particularly important since the revision of the Mental Health Act on May 30 means that the involuntary commitment of persons suffering from schizophrenia will require more discriminating criteria and, once admitted, patients will be required to undergo a more exhaustive process before being allowed to leave. As a result, it will be more difficult for those in need of help to receive it as readily as before.

According to the Korean Neuropsychiatric Association, “Schizophrenic patients will be unable to receive proper treatment in an orderly fashion and could be a major cause of societal anxiety.”

“Once a person who receives psychiatric treatment is stigmatized, they can develop a victim mentality,” said Baek Jong-woo, psychiatry professor at Kyunghee University. “Investment and interest in communities are necessary to allow the persistent protection and observation of those discharged from the hospital.”