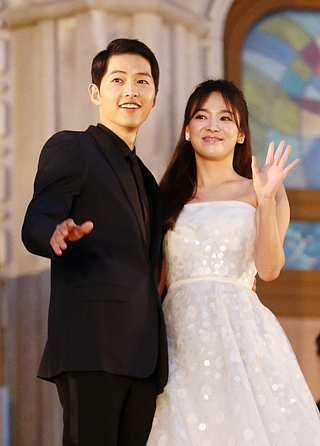 Actor Song Joong-ki on Monday denied rumors that he was in a romantic relationship with actress Song Hye-gyo, co-star of the 2016 hit drama “Descendants of the Sun,” amid reports that the two vacationed together in Indonesia.

“Song Joong-ki went on vacation to Bali with his friends before starting promotional activities for his movie ‘Battleship Island,’” Blossom Entertainment said.

“It is true she went to Bali but it was for a project meeting. We confirmed that she did not meet with Song Joong-ki,” the company explained.

The two stars played a soldier-doctor couple in the hit 2016 KBS 2TV series.