Gary to resurface at concert in Penang

Gary to resurface at concert in Penang 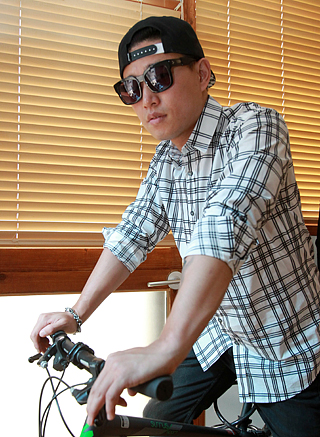 Rapper Gary, who went AWOL right after he announced a secret, sudden wedding on Instagram in April, will attempt to restart his career through a tour in Malaysia.

The tour, only announced as a promotional tour with the title and content unidentified as of yesterday, will be held in Penang.

Since announcing his wedding on April 5, Gary disappeared from public, with members of the television program “Running Man,” on which the rapper was once a fixture, saying he was “unreachable.”

Even when Leessang, the hip-hop duo consisting of Gary and producer Gill, was swept up in controversy after alleged disagreements broke out between the two, Gary was nowhere to be found, which fanned speculation of the disbanding of the duo.

Gary was occasionally spotted in Hawaii and Tokyo, where he was good-hearted enough to accept selfie requests from fans, but there was no official talk of a comeback until yesterday.