Park Hae-jin discusses his work and rest : Actor says when he has free time, he spends it with family or alone

Park Hae-jin discusses his work and rest : Actor says when he has free time, he spends it with family or alone 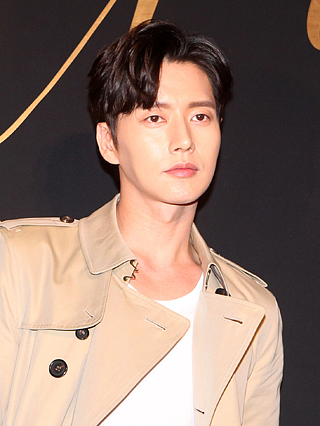 Known for his dandy looks, the 34-year-old actor Park Hae-jin has played roles ranging from a college senior, a doctor and, most recently, a special intelligence agent. In the JTBC romance series “Man to Man,” which recently ended, Park played an elite ghost agent. Compared to past works like “Cheese in the Trap,” in which he played a mysterious young man, in “Man to Man,” he flaunts his masculine side.

The show is a comic bromance, featuring co-star Park Sung-woong, and the duo has succeeded in grabbing the public’s attention. Park reminisced that even though it was hard filming it, he was very happy. In an interview with Ilgan Sports, an affiliate of the Korea JoongAng Daily, he revealed his thoughts about this past work and his personal life.

Q. How do you feel about the end of the TV series “Man to Man?”

A. The teamwork played a big part in this piece. I was happy since I could actively participate in the work.

How was working with Park Sung-woong?

He is a funny guy, even when filming. I haven’t worked with him in about 10 years and I was glad to be working with him again. I was sad when it was getting to the end of filming. 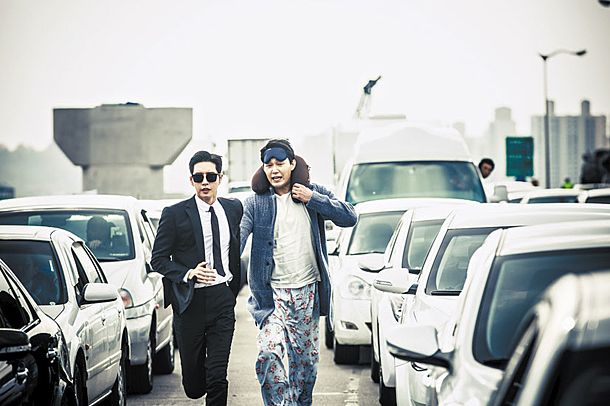 In the JTBC romance series “Man to Man,” which ended recently, actor Park Hae-jin played the role of an intelligence agent. [JOONGANG ILBO]

The show was a hot issue when Song Joong-ki appeared on the show as a cameo.

I haven’t seen him for a long time. Park Sung-woong doesn’t usually make mistakes while filming, but he made so many mistakes in that scene. We were in a hurry, but we had a fun time filming it because it was a comic scene.

What was the hardest part when filming?

The romance scenes. I am not good with cringey scenes but I had to act as a sensuous person. I couldn’t stand it.

Among the recent romance flicks, there were a lot of kiss scenes.

There were four kiss scenes with actress Kim Min-joung. The first scene was shot on a sunny day, but other scenes were shot on a really freezing day.

Is there a particular scene you still remember?

I remember the scene in the second episode where I had to run while holding Park Sung-woong’s hands. That scene was shot on a road that was recently built.

Looking at the viewer ratings, I think there is much left to be desired.

It is not a satisfactory number, but I still think it is pretty good. Viewer rating is not everything. I hope that people watch the show even as time passes by.

Your new upcoming drama, “Saja,” is a pre-filmed piece, where you play four characters.

It is pre-filmed, so I could really study the character and more time could be spent on editing. When a work is filmed live, even though it is tiring, as I can barely sleep, I can receive feedback and feel the reactions from the work. I think there are pros and cons.

I think the last time I took a proper rest was seven or eight years ago. Sometimes I really want to take a break, but I think I have to work hard while there is work.

What is a good thing about being busy?

I have no time to be bored or to think. I also don’t have time to spend on something. Right now, I want to focus on my work. Plus, I can’t try something else now. I think this is the time for me to keep working.

What do you do when you rest?

I spend time pampering myself and playing with my nieces at home. Nowadays, I am into web cartoons.

How do you keep fit?

I used to work out constantly, about six or seven times a week. However, after shooting “Man to Man,” I couldn’t work out for about six months. I am trying to work out again for my health, which I think is the most important thing.

Do you have any thoughts about marriage?

I thought I would be married by the age of 35. Before I turned 30, even though I was busy, I still made time to date someone. I thought a person is never too busy to date someone, but if I have free time, I just need time for myself.