Ariana Grande is coming to Seoul

Ariana Grande is coming to Seoul 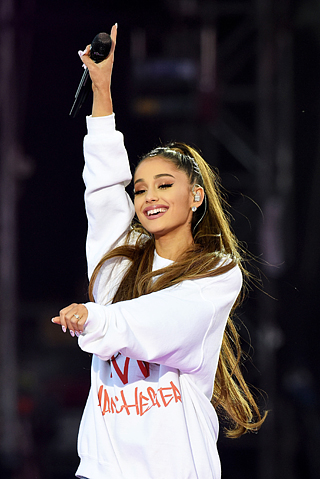 American pop artist Ariana Grande is coming to Korea for one of the biggest concerts this calendar year.

According to Hyundai Card, the pop artist will hold her first Korean concert on August 15 at the Gocheok Sky Dome in western Seoul.

The concert is a part of the “Dangerous Woman Tour,” which started in February 3 in support of her third studio album by the same name.

It is also the 25th project by Hyundai Card’s Culture Project, which has brought John Legend, Jason Mraz and John Mayer to Korea over the years.

A source from Hyundai Card said, “Grande possesses an excellent voice along with a powerful performance. She’s the artist that Korean audiences have been waiting for.”

The 23-year-old has made headlines recently after the Manchester, England stop of her tour was the target of a terrorist attack on May 22. Twenty-three people lost their lives and a total of 119 were injured.

To pay respects to the injured, Grande hosted a benefit concert in Manchester titled “One Love Manchester” on June 4. Thanks to her efforts, it was announced Sunday that Grande will become an honorary citizen of Manchester on July 12.

Grande released her first single “The Way” in 2013, which climbed up to the ninth spot in the Billboard Top 100 chart. She earned international fame with the song “Problem” in 2014, and was awarded Artist of the Year at the 44th American Music Awards. She also was named one of the 100 Most Influential People of 2016 by Time magazine.

Tickets will be available on Interpark and Yes24 on June 26 for Hyundai Card holders and June 27 for everyone else.