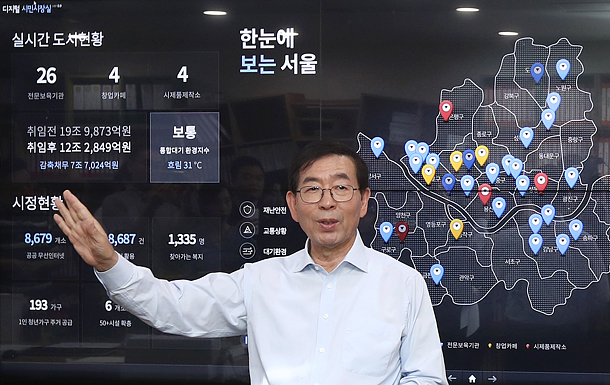 Seoul Mayor Park Won-soon explains to the press the ins and outs of an operation control screen newly installed at the Mayor’s office in Seoul City Hall in central Seoul on Tuesday to display traffic, disaster or accident data, CCTV camera footage, city information and to allow the mayor to communicate with relevant departments of the Seoul Metropolitan Government. [YONHAP]