When instinct contradicts evolution : Latest ‘Planet of the Apes’ installment reveals darker side of ape leader

When instinct contradicts evolution : Latest ‘Planet of the Apes’ installment reveals darker side of ape leader 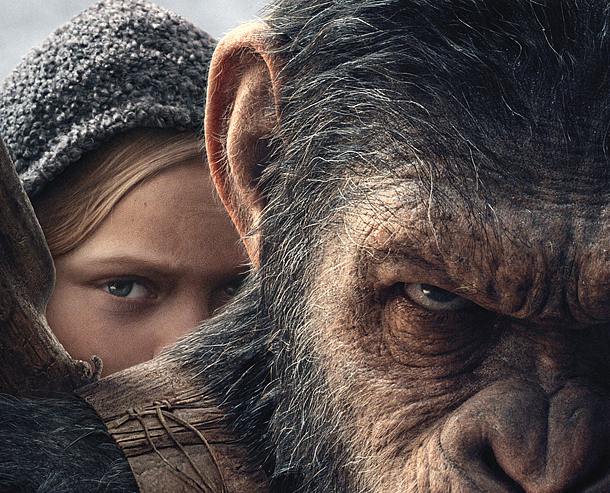 The third installment of the “Planet of the Apes” reboot series will feature the darkest side of Andy Serkis’ Caesar, the ape leader.

Centering on the war between apes and humans, the upcoming “War for the Planet of the Apes” is about Caesar wrestling with his darker instincts - savageness and brutality - in order to avenge the deaths of his companions and loved ones.

“In the beginning of the movie, Caesar is still the leader he is known to be. [He] always tries to coexist with humans despite the fact that war is raging. But there are events which are very personal… For the first time, he loses empathy for humans, a major character turn… He’s trapped and haunted by realizing he is capable of great darkness for the first time,” Serkis, who has been playing Caesar since the first installment of the reboot in 2011, said to Korean press Tuesday.

The actor further explained that there is a “contradiction of Caesar’s animalistic rage and his evolution” in the upcoming film. Though Caesar shows the most evolved form of himself with a more upright posture and fluent communication, he at the same time displays the most savage and brutal aspects of himself.

It’s a story of “great intimacy, great love and great sadness,” the actor said. “It covers huge gap of emotion.” 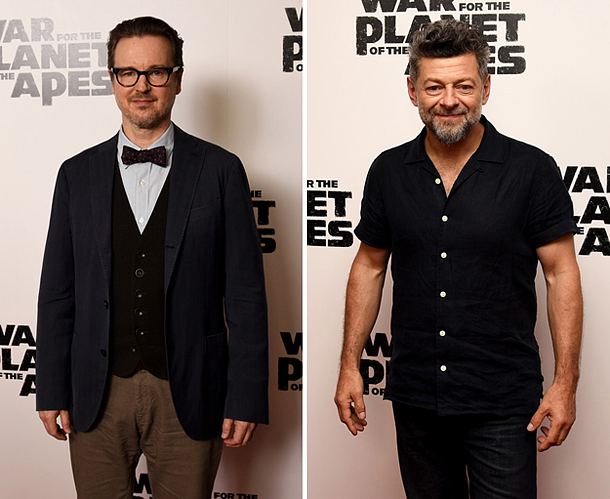 Director Matt Reeves, left, and actor Andy Serkis, who plays Caesar, the leader of apes in “Planet of the Apes,” met Korean reporters Tuesday to promote the newest chapter in the series, slated for release in Korea this August. [20TH CENTURY FOX KOREA]

When asked how he feels having played the role of Caesar from the character’s birth to maturity throughout the franchise, Serkis said, “This is one of the most extraordinary, enjoyable and exciting character to play” and added that “It holds a very dear place in my heart.”

The story shines a light on the animal behavior of humans, according to director Matt Reeves, who also sat in the director’s chair for second film in the franchise, 2014’s “Dawn of the Planet of the Apes.”

“The story is about how we are animals. We often forget that. [The] war that’s important in the story is not just the war between the characters, but also within the characters - particularly within Caesar in regards to his nature. He is filled with hatred. It’s about him trying to reconcile the different aspects of his nature,” the filmmaker, who also joined the press event, said.

“We are capable of great savageness. It’s one of the tragedies of our condition. And this is one of the big issues in the world today,” the director said, and added that the mission of the movie for him is to try to propose the idea that “empathy really is the answer.”

The third chapter introduces the new young human orphan Nova (Amiah Miller), who gets adopted by the orangutan Maurice (Karin Konoval) while he and Caesar are on their quest to find his army after the war that ravaged the apes and set Caesar on the path of revenge.

The upcoming 20th Century Fox release will hit local theaters in August, but the exact date is yet to be decided. The movie co-stars Woody Harrelson and Steve Zahn.