Screens on mobile devices are getting wider

Screens on mobile devices are getting wider 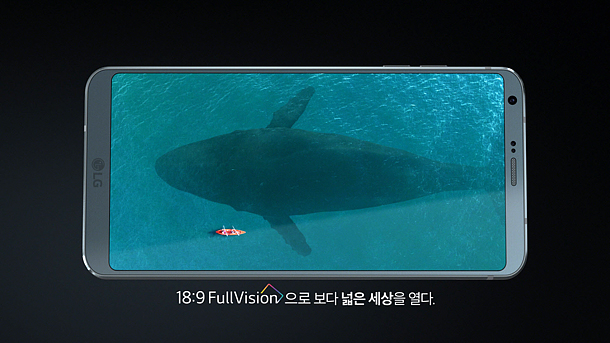 LG’s G6, released in February, was the first smartphone to introduce the 18:9 aspect ratio for the display. Customers liked it and other smartphone makers are following suit. [LG ELECTRONICS]

Speculation is running high that Sony’s future flagship Xperia phone may feature a 6-inch, 18:9 screen since its joint venture with Toshiba and Hitachi, Japan Display, just started mass-producing such screens, according to industry sources.

Sony refused to confirm the specs for its new phone. But if that proves to be the case, Sony is following in the footsteps of LG Electronics, which pioneered the 18:9 aspect ratio with its G6 smartphone in February. In late March, Samsung Electronics also introduced the Galaxy S8 and S8+, which feature a so-called infinity display with an 18.5:9 aspect ratio. The term infinity display plays off the idea of an infinity pool, with its invisible edges.

An aspect ratio is a screen’s width compared to its length.

LG experimented with the new standard after ditching the conventional 16:9 format for mobile devices for several reasons. The 18:9 ratio, otherwise known as full screen format, allows the screen to be evenly divided into twin squares so users may perform dual tasks - such as making Instagram posts and watching a YouTube video simultaneously. Black borders on the top and bottom of the screen are minimized.

But the ratio also comes with downsides. It may not offer a complete full screen when watching traditional TV content or movies, given almost all TV content today is in a 16:9 aspect ratio and widescreen films are in 2.35 or 2.39:1.

Market watcher TrendForce reported last week that increasing the screen-to-body ratio and narrowing the phone bezels - the frame between the screen and the edge - are two major trends in smartphone design this year, which are driving the change in specs of smartphone panels from 16:9 to 18:9.

The report cited an estimate from WitsView, its division devoted to displays, that around 10 percent of smartphones shipped worldwide this year will have displays with 18:9 or higher aspect ratios.

Apple’s next iPhone model is widely expected to have a display with a higher aspect ratio and a similar streamlined look, it noted, “and changes made by major international brands to the displays of their flagship devices have also spurred Chinese brands to catch up.”

WitsView projects that about 37 percent of smartphones delivered globally in 2018 will have displays with 18:9 or higher aspect ratios.

Samsung is also said to be equipping the Galaxy Note8, its next-generation phablet, with the same aspect ratio as the Galaxy S8 series, 18.5:9. Inside sources say the successor to the recalled and discontinued Note7 - which had the tendency to blow up or catch on fire - will be unveiled at the end of August in an event in New York to steal the thunder from Apple, which is getting ready to debut its 10th anniversary iPhone in September.

Previously, Samsung was expected to showcase the device on the sidelines of the IFA consumer electronics show at the start of September.