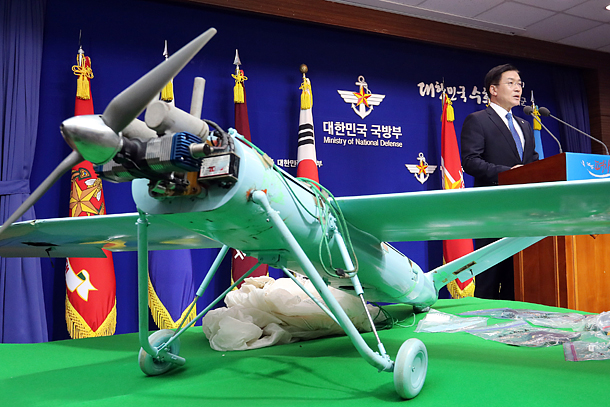 Defense Ministry spokesman Moon Sang-gyun speaks before reporters during a press briefing at the ministry on Wednesday, announcing the outcome of an investigation into a North Korean drone found on June 8 on a mountain in Inje, Gangwon. [YONHAP]

Calling the drone’s dispatch a blatant violation of the 1953 armistice treaty and the 1992 non-aggression pact, the South Korean military condemned the North for “provocative penetration,” also saying, “We once again urge the North to stop all forms of provocation.”

The military added, “If the North continues, we will retaliate.”