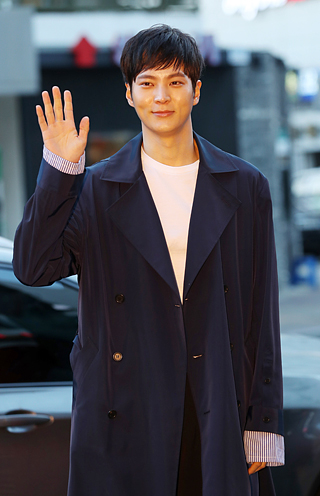 Actor Joo Won, who quietly entered the military on May 16 for his mandatory military service, has successfully completed his six-week basic training and will become an assistant instructor for future recruits.

The 3rd Infantry Division Recruit Training Center, located in Cheorwon, Gangwon, held a completion ceremony for the recruits that completed their six-week basic military training. Joo Won, who reportedly came in at first in the overall evaluation, also received accolades for his performance.

He has been selected as an assistant instructor for the 3rd Infantry Division for the rest of his service and if no problems arise, he will complete his service on Feb 15, 2019.

Prior to his enlistment, Joo Won completed the filming for the currently running pre-produced SBS drama, “My Sassy Girl.” The show is currently second in the viewer ratings for its time slot, coming in close behind KBS drama “Fight for My Way.”