No regrets for ‘Produce 101’ stars: They lost the show, but won viewers’ hearts

No regrets for ‘Produce 101’ stars: They lost the show, but won viewers’ hearts 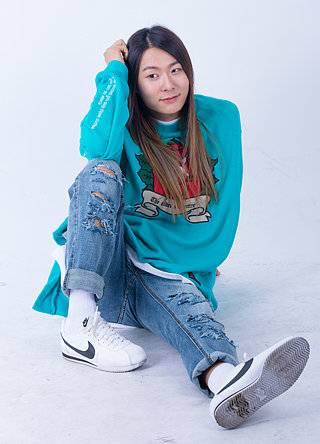 Korea’s hottest TV show is a singing competition where 101 trainees compete for a coveted spot in an all-male K-pop group.

“Produce 101,” which recently wrapped up its second season, has proven to be a successful model for cable channel Mnet. The idea is to gather aspiring artists from little-known agencies, put them through on-camera auditions and have viewers vote on the composition of a K-pop group that will last for just one year.

Last year’s season led to the creation of a highly popular girl group that has since disbanded. Season two just wrapped up with the formation of a boy group, and their finale concert will be held in July.

Throughout the show’s two-month competition period, two contestants in particular, Kim Sang-gyun and Jang Moon-bok, received a great deal of audience attention, though neither one made it to the final group. 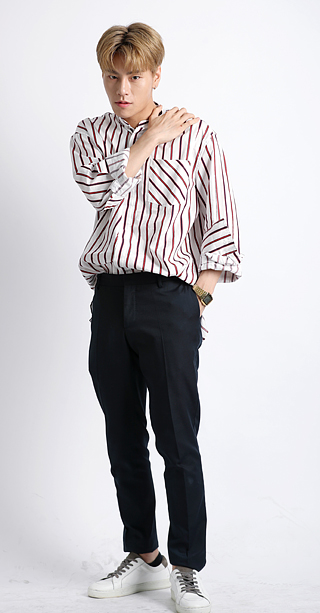 Kim is no stranger to the industry, debuting in 2013 as part of the group Topp Dogg, but he never drew much attention. The show helped turn things around as he became known as the show’s “good-looking” star.

Jang also attracted fans, though for a different reason. His gender-bending look - long hair up to his chest and a penchant for headscarves - exuded an unconventional charm that was a breath of fresh air for the audience.

Kim and Jang recently spoke separately with Ilgan Sports, an affiliate of the Korea JoongAng Daily, about their experiences on the show and their newfound fame. Below are edited excerpts from both interviews.

Q. Did the season end too early for you to show off all your charm?

Jang: I think my mind is still at the training center [where the show takes place]. I now have too many memories. I just enjoyed my time there with friends. I think I can [do better] if I could do it again. I think I can show even better sides of me. I still can’t believe the show is over.

Kim: The show was priceless and a good chance to get lots of experience. But if I were asked to do it again, I think I would have to sit on that for a bit. The show depicted me as someone quiet, but I don’t think that’s who I am. I participated to show my true self, so I don’t have any regrets.

Was it a difficult decision to take part in the show since you have already debuted?

Kim: The show is a program where many trainees come in to make their debut, so I was struggling with whether I was getting in their way. I was very cautious with every action I took. While I was mulling it over, a member from season one encouraged me to take part in the show, saying it would help. I was afraid I might embarrass myself on the show but decided in the end it was a good opportunity.

What did participants talk about?

Jang: [Trainees who were born in 1995] discussed concerns like whether it was too late for us to make a debut because many people in the business who are our age already have years of experiences in the entertainment industry or are the oldest in a K-pop group.

Do you feel like you are being recognized in public?

Kim: I once went down to Ewha Womans University because I was told there was a coffee cart that supported [the show]. I didn’t expect to see many people, but there were a lot. I was happy fans enjoyed [their time].

I also went to one cafe on Garosu-gil, and after I finished the coffee I ordered, a server came up to me, gave me the menu and told me to choose whatever I wanted to eat. I asked why, and the server said, “Because I’m a fan.” That made me feel happy and thankful.

Jang: [At a recent fan meeting], I was excited to meet fans and happy for those two hours, though I wasn’t very used to it because it was my first fan meeting. I want to meet with more fans next time, and I ought to do many different gigs so that I can build up a reason to do another one soon.