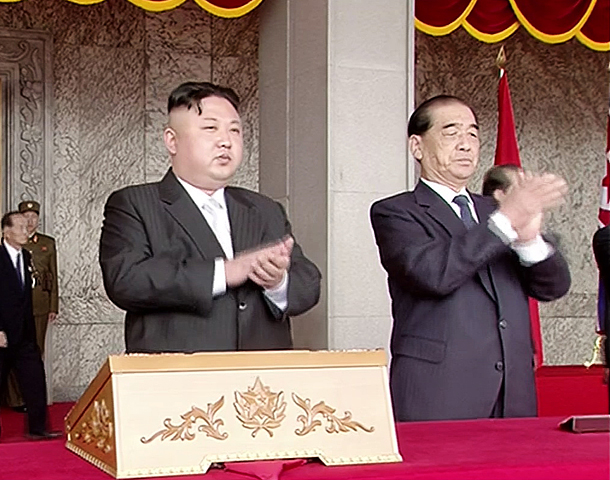 Information is the Achilles’ heel of North Korea’s dictatorship.

Since the late 1980s and the collapse of the Western socialist bloc, the curse of the dictatorship has seemingly been difficult to expunge — regardless of the unified political, economic and social might of the people.

Political upheavals in China, Burma and Tibet are evidence that dictatorships can survive all manner of political transitions. Total rule has not vanished; it has merely adapted to a new form of violent politics.

The most brutal dictatorship of the modern era still exists in North Korea. But if we apply our logic on the evolution of dictatorships, are we to believe that, even if North Korea were to collapse and democracy could be realized, that the roots of dictatorship would not be eradicated, at least in our lifetimes?

North Korea’s rulers, all members of the Kim family, have been targeting the will of their people over many years. This form of state-sanctioned brainwashing, which is a dictatorship of the mind, has had a hugely detrimental impact on the self-will and self-confidence of those who have desired to resist. Today, many ordinary North Koreans have lost hope, knowing that free thought will surely lead to assault, death, or the eradication of their futures.

Yet, as in China, Burma and Tibet, there will always be a special few who will grasp onto hope and fight against dictatorship. In the past, small bands of brave citizens have planned, collectivized and fought against dictators, no doubt willed on by the memories of family and friends killed by the state. In the case of North Korea, violent uprisings do not occur, but nonviolent uprisings are ongoing.

For those of us who have escaped the horrors of North Korea, we will never forget the suffering endured, the precariousness of life and the courage we had to call upon to flee our captors.

We — the fortunate few — have suffered at the hands of human traffickers, North Korean and Chinese state officials and the horrors of forced marriages, sexual slavery, torture and incarceration in prison and concentration camps. In these dark moments, while we endured great pain, a rebellion of the mind took hold. It was a rebellion against dictatorship.

But what are the nonviolent uprisings taking place in the country I once called home? From the 1990s onwards, more North Koreans have felt a new type of freedom. Through ever greater information inflows and the increasing availability of illicit goods, wilful subversions of the dictatorship have increased. Ordinary citizens have come to understand how they are being oppressed. In turn, the dictatorship of the mind has been eroded.

If my parents’ generation was cowed into silence by the cruelty and violence of dictatorship, then the present generation is escaping dictatorial brainwashing simply by experiencing everything that the North Korean regime is not, primarily via illegal information inflows. Radio broadcasts, USB sticks and South Korean dramas are all steps towards freedom.

Opposing violent politics is often a struggle. And even when that struggle wins, the presence of dictatorship can endure in the minds, the politics and the economics of a country for a long time. For many North Koreans, the first step in realizing freedom will come through the achievement of self-will.

Recently, I asked fellow exiles about the collapse of dictatorship in North Korea. Would this come through outside force or internal struggle? The answers were diverse.Some said North Korea would fall when China cuts all ties with the regime. Others said the removal of Kim Jong-un was paramount; while others placed their hopes in the ongoing sanctions regime.

But all who had hopes of seeing freedom in North Korea within their lifetimes stated that collapse must be complimented or led by internal forces. Information campaigns, psychological warfare and the sending of Korean-language newspapers and dramas were just some of the strategies to challenge the dictatorship of the mind in North Korea. Only then can North Koreans rise up and reclaim their historic freedoms.

In an ever changing world, I hope that the world will pay attention to the 25 million North Koreans who have been living for 69 years as slaves. In the aftermath of World War II, many ordinary Germans were asked why they did not challenge Hitler’s regime. Indifference and fear were, to a large extent, the answers.

As a North Korean exile, I feel a great burden to not only remember my past, but to plan for my country’s future. It is the exiled North Korean community who will become the foundation for democracy in our homeland.

Edith Wharton noted, “There are two ways of spreading light: to be the candle or the mirror that reflects it.” Darkness in North Korea will not retreat by itself. If we want to rid North Korea of darkness, we must light the first candle.

The end of the Kim regime is the victory that all North Koreans must stand up for. There is a fight looming with Kim Jong-un, and while physical force can never be set aside, we must battle for the hearts and minds of those held captive by the North Korean dictatorship. Information inflows are akin to pouring oil on the flames of freedom. Setting North Korea ablaze with hope must be the task of those who live freedom and democracy.

*The author is a North Korean exile and women’s rights activist. She holds a mathematics and science degree from a North Korean university and prior to escaping North Korea, she was a teacher at a high school.