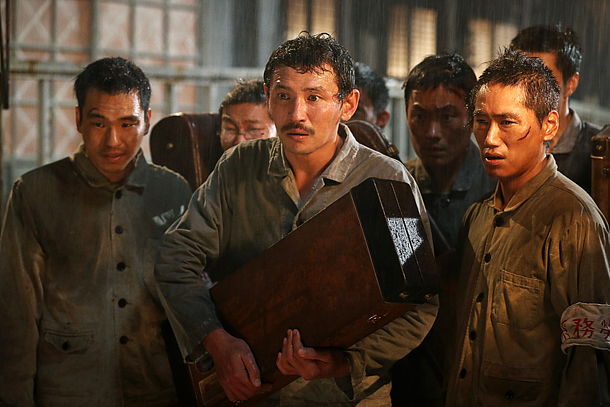 The production company behind the coming historical movie “The Battleship Island” disputed Sunday an anonymous writer’s argument online that the film’s staff members were treated unfairly.

The writer, who claims to have played a supporting role in the movie, wrote online that the actual shooting environment was “just like the film’s script,” which depicts Koreans’ desperate attempt to escape coal mines on Japan’s Hashima Island where they were forced to work during World War II, when Korea was a colony of Japan.

“The shooting environment was the impressment of actors just like the script [depicts the impressment of Koreans]. There was no set shooting hours, and there were many times when we had to work longer than 12 hours a day,” the writer wrote, adding their payment was lower than minimum wage. Though the post was deleted, it spread fast online.

The production company, Film R&K, publicly responded in a press release that, “Having received payment lower than minimum wage is not true.” The company explained that of 115 shooting times, there were only five when the shooting hours exceeded 12 hours, and that they fairly paid the staff for those extra hours.

“We did our best to help staff work under the best environment possible… We are sorry about the [issues] we have caused, and we will put more effort to provide better environment and conditions,” wrote the company.