No matter how the world drifts

No matter how the world drifts 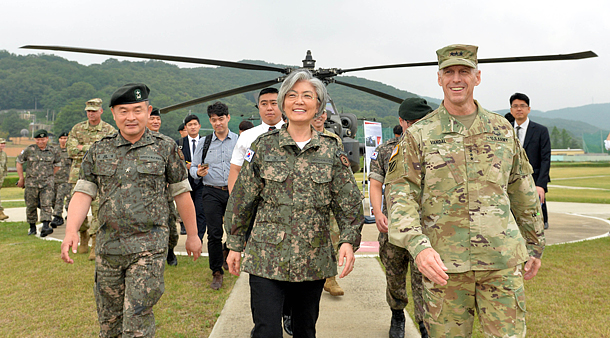 Foreign Minister Kang Kyung-wha, center, is accompanied by Lt. Gen. Thomas S. Vandal, commander of the U.S. Eighth Army, right, during her visit to the 2nd Infantry Division north of Seoul on Sunday to commemorate the 67th anniversary of the outbreak of the 1950-53 Korean War. She said the “rock-solid” South Korea-U.S. alliance “stands at a critical juncture” to address the North Korea threat. [JOINT PRESS CORPS]