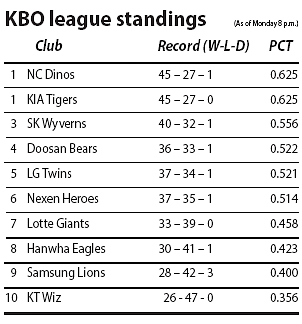 The Kia Tigers are no longer the sole leader in the KBO - as the NC Dinos swept the three-game series against the Tigers over the weekend, changes have been made to the ranking.

The Samsung Lions, who got themselves out of the bottom of the standing last week, extended their number of games over the KT Wiz by winning two of the three game series against the Hanwha Eagles over the weekend at their home stadium, Lions Park in Daegu. 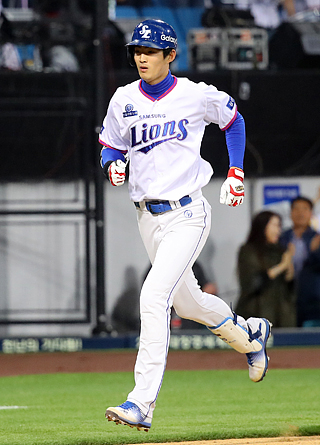 The Lions have successfully made a comeback in June and are now less than two games from the Eagles.

With Lee Seung-yuop leaving the team after the 2017 season, Koo Ja-wook is the Samsung Lions’ player to replace Lee in the upcoming season.

And this year, he is becoming one of the Lions’ main batters, as he already tied with his career best home runs at 14 and has a 0.314 batting average so far. Not only that, he has shown steady improvement in his slugging percentage.

Up until last year, Koo played as the Lions’ first or second batter, but this year, he has been third batter most of the time. That said, it is clear that the swing changes Koo made are helping him hit more home runs.

Starting today, the Lions will be playing in three game series against the Kia Tigers at Gwangju Mudeung Baseball Stadium.