A newcomer is the answer

A newcomer is the answer 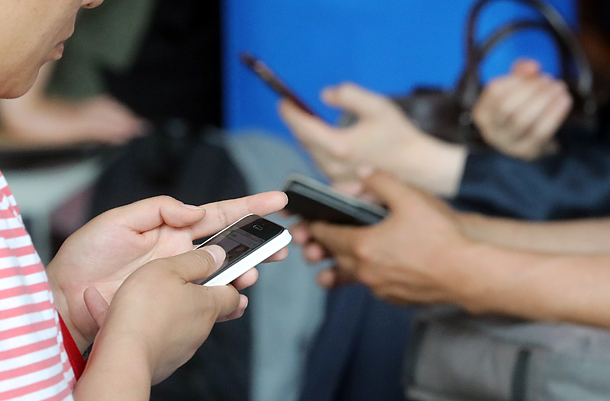 An advisory committee for national planning for the Moon Jae-in administration announced drastic measures last week to cut the service charges of the three wireless carriers for the underprivileged class. [YONHAP]

Critics of President Moon Jae-in disapprove of his shrewd image-making and dissident-style policies. Preoccupation with your political image would not be an issue if it helps strengthen the nation and make lives better for ordinary people. But the obsessive pursuit of certain values can lead to disregard for others. Power becomes challenged if it loses balance.

The forced cut in telephone service charges by three carriers is an example of excessive government interference in a free market. While announcing the measure, the ruling party’s policy committee head Kim Tae-nyeon said that the move could help consumers save up to 4.6 trillion won ($4 billion) in phone bills a year — more than the 3.7 trillion-won combined operating profit of the three wireless carriers. The cut can help consumers, but have a bad effect on the businesses. In five to 10 years, the telecoms could go out of business.

An opposition party can pursue populist policies. But once it becomes a governing party, it must not just consider public interests, but business interests as well. It also must be mindful of the public finances. It needs to balance various values. Policies that chase immediate gains for the public can ruin markets and the state’s balance sheet and end up wrecking the country. Greece cannot even give birth allowances to new mothers because it is on a strict austerity regime by the European Union in return for bailouts.

Venezuela is stricken with riots because the country cannot even provide daily necessities for the people. Predatory and unfair market practices do exist, demanding state interference. But the government has been too hasty in forcing SK Telecom, KT Telecom, and LG U+ to bring down wireless fees. It could have avoided breaking the law if it licensed a newcomer in the market to allow consumers greater choice in quality, billing and service.

A fourth player in the market could bring about a bigger and more lasting impact on the market than a simple fee cut. A newcomer could pose a threat to the mainstream players and allow consumers to choose cheaper price plans for their phones.

The two former conservative administrations pursued the idea of allowing another wireless license, but were heavily lobbied by the three existing players. Those opposing a newcomer argued that it would cost at least 2 trillion won to launch one. But experts now estimate it would cost just 700 billion won due to advances in technology. First of all, the price for bandwidth for a newcomer has gone down from 1 trillion won to 150 billion won. Steel towers are no longer necessary. There are ample new-generation connectivity technologies that do not require heavy infrastructure for wireless services.

A newcomer would try to lure consumers away from exiting services through low costs. It would customize and pre-set fees according to individual needs in voice and data. Because customers would be able to plan their own bills, they would no longer complain about having to settle with fixed fee menus.

A new wireless carrier can be born through political support and consumer demand. It would be easy for the new government since it has the support of the public. It might also compensate for its half-baked control policy. A good government does not outright intervene in the market. It must use subtle and legitimate means to influence markets. A liberal government must show the mainstream that it too can generate innovative and productive changes to markets.