Lena Park confirming to be getting married

Lena Park confirming to be getting married 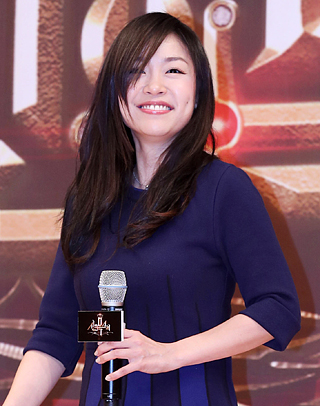 Korean singer Park Jung-hyun, otherwise known as Lena Park, will be getting married in July.

Early yesterday, various news outlets reported that the “nation’s fairy,” a nickname bestowed upon her due to her slight figure and singing prowess, will be getting married in the coming month.

Park’s agency, Catch Pop Entertainment, confirmed the news via a press release hours after the reports hit the web, saying, “Park will be getting married on July 15 in Hawaii with only family members invited. The groom, as earlier news outlets reported, is working as a professor. As the groom’s family currently resides in Canada and Park’s family lives in Los Angeles, California, the wedding will be held in Hawaii.”

Park was in a somewhat open relationship, she said on a number of television shows she had appeared in. On an episode of MBC’s “I Live Alone,” she said she met her boyfriend during singer Baek Ji-young’s wedding in 2013 and that they started dating at the end of the year, saying that it was a “turning point” in her life.

Park was regarded as a prodigy from an early age, and her 1998 debut album “Piece” was a national hit. In 2002 she was the official singer of the 2002 FIFA World Cup Korea-Japan and received rave reviews for her fourth album, “Op. 4.” In 2011, after appearing on the television program “I Am a Singer” Park saw an upswing in popularity.