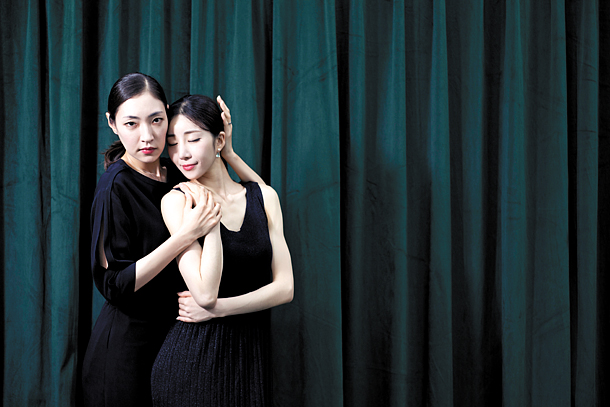 Ever since the National Dance Company (NDC) created the dance drama in Korea in 1962, it has been one of the key genres that has led Korea’s dance industry. But as the genre has long limited itself to adapting stories from classic tales with classic ballet moves, it gradually lost its audience, who were searching for something more interesting and exciting. The drop in public interest even saw the NDC focusing less on the genre over the last few years. But the NDC will soon end a five-year dance drama drought with a new performance titled, “Lee Jin,” scheduled to be staged later this month.

Depicting love, friendship, jealousy and lust between court dancers set in the Joseon Dynasty (1392-1910), “Lee Jin” is an effort to “open the new era of dance drama by reflecting periodic changes,” according to Ahn Ho-Sang, CEO of the National Theater of Korea.

With an emphasis on conflict and a dramatic plot, “Lee Jin” is a popular dance drama that takes place in a world created by set designer Jeong Seung-ho and composer Kim Seong-guk.

To learn more about the upcoming performance, S Magazine, an affiliate of the Korea JoongAng Daily, met up with the four dancers cast to play the two main characters: Lee Jin and Do Hwa. 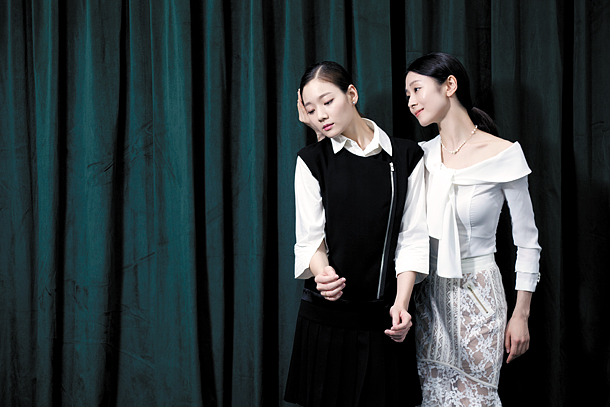 Lee Yo-eum, right, and Park Hye-ji, who each play Lee Jin and Do Hwa. [JEON HO-SUNG]

Lee Jin was a real person who appears in “En coree,” written by Hippolyte Frandin, who served as the French consul in Korea in the early 1890’s. But the dance drama “Lee Jin” is a complete fiction. The story follows the rough structure of the original text, which follows Lee Jin heading to France with the French minister after the two fall in love. However, characters like Do Hwa and Won U have been added to maximize conflict and choreography in the performance.

“[‘Lee Jin’] reminds me of the choreography philosophy of [ballet dancer and choreographer] John Cranko, who successfully communed with the audience through delicate depiction of characters and realistic details,” said dance critic Jang In-ju after seeing the casts’ practice scene.

“If [late Korean dancer] Song Beom’s dance drama style is a classic ballet, ‘Lee Jin,’ which is closer to a modern dance drama is a reminder of ballet drama.”

The key to “Lee Jin” is drama. The mix of love, friendship and jealousy between Lee Jin (Lee Ui-yeong, Lee Yo-eum) and Do Hwa (Jang Yun-na, Park Hye-ji) was seen as the dancers continuously showed strong emotions when pulling off the roles.

Artistic director Kim Sang-duk said that “[‘Lee Jin’] is aiming to become a movie-like dance drama,” which is one of the most challenging parts of the performance, according to the dancers who unanimously said that “acting was the most difficult” element of the show.

The show starts off with a conversation between Lee Jin and Do Hwa: “Though people die, dance lives on beside us, and we are still dancing.”

Though it is a short, single sentence shared by two women, it is the most difficult scene for them.

“Breaking the first word was so difficult since it was my first time saying a line out loud. Dancing is a lot easier. I didn’t realize how difficult speaking could be,” said Yo-eum.

“I’ve never staged a performance that has so many lines that describe my feelings. I have to continuously say the lines and also [simultaneously] express those words through body gestures, making myself so busy,” said Ui-yeong.

“Though Chunhyang and Simcheong are characters that everybody knows, Lee Jin and Do Hwa are unfamiliar characters, especially since Do Hwa is a fictional figure. [Do Hwa] seems to have at least 10 different identities, and I agonize everyday about how I should pull off those [identities’] different emotions,” said Yun-na.

“[Since practicing for the performance], I [started] to look closely at TV dramas. Actors suddenly started to seem so extraordinary,” said Hye-ji. 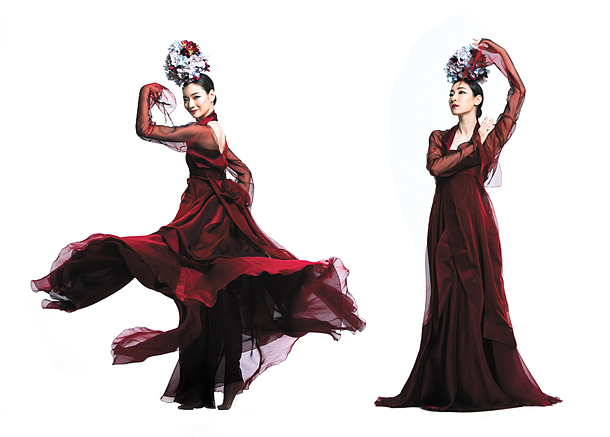 Royal court dancer Do Hwa, who betrays her friend to fulfill her desire, in the upcoming performance “Lee Jin.” [NATIONAL DANCE COMPANY]

“Lee Jin” is divided into two parts. While the first part unfolds against the backdrop of Joseon royal court, the second part is set in France, in which Lee Jin experiences a new kind of life until she encounters a tragedy. The second part includes a wedding scene with cheerful electronic music.

“It’s like the new world of Korean dance. Though the performance includes bits of improvisation and bits of [distinct] Korean themes, there are many elements and moves that come from contemporary and modern dance,” said Hye-ji, who added that the first and the second parts are completely different in that the former is formal while the latter is much more less structured and modern, as seen by the sounds of Brazilian percussion instrument.

“Even we were very surprised [about how different the two parts are]. I believe [the second part] depicts Lee Jin’s experience of encountering a new world (France), and adjusting to the new environment,” said Ui-yeong. 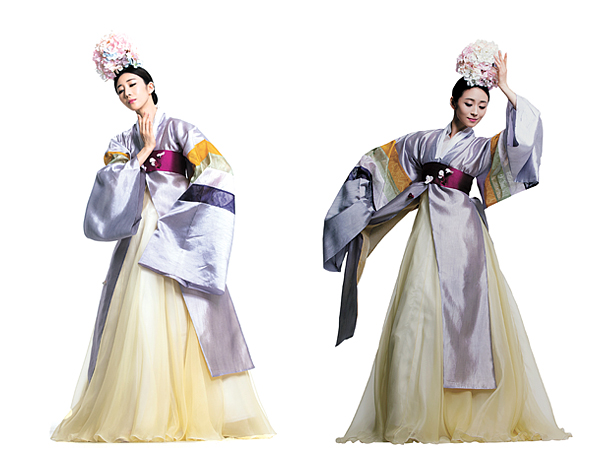 Yo-eum agreed by saying that she first thought the new world shown in the second part was a “joke” while Yun-na concluded that she “did not require analysis and instead decided to go with the flow.”

“We all have a best friend when we are young. Someone we share our diary with and go to the bathroom with. Do Hwa feels betrayed by Lee Jin, when she suddenly starts looking at a different point of life after sharing the same perspective for so many years. It’s like the feeling of sadness turning into obsession,” said Hye-ji about her character.

Even the dancers say that it feels different to be partnered with another female instead of a male.

“Hye-ji and I have known each other since middle school, so we know how the other feels just by looking at each other,” said Yo-eum. “We understand each other very well, but [while practicing], I sometimes questioned whether I actually like Do Hwa (played by Hye-ji).”

Both characters have unique charms, according to the cast.

“Lee Jin is like a woman with an innocent heart like pure white cotton who naively accepts new experiences. Though she ends her life tragically, she doesn’t resent anyone and just accepts fate,” said Ui-yeong.

“I wonder whether it would have been possible to have the courage to go over to France at that period of time just for the sake of love. Her charms are innocence and bravery. How to play out these qualities on the stage will be homework for me,” said Yo-eum.

“Though Do Hwa is an ambitious, nasty character who directly vents her anger, her way of following her instinct seems very daring and brave. I’m trying to get vicarious satisfaction [through the character] since I don’t have those qualities [in real life,]” said Hye-ji.

When asked about each person’s most memorable part, both Lee Jins and Do Hwas chose the same scene.

“I believe the memories [Lee Jin] had of Do Hwa in the dream contain a number of meanings. [To Lee Jin], Do Hwa is herself, a friend and home,” said Ui-yeong.

The four dancers, who will be on stage from June 28 through July 1 at the Haeoreum Theater of the National Theater of Korea in Jung-gu, central Seoul, said they hope for audiences to enjoy the show with an “open mind,” and regard the performance as “a part of a process in finding the color of Korean dance.”