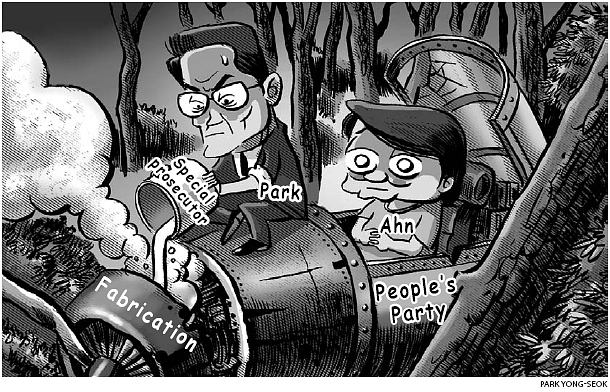 Even after his party admitted faking an audio tape to smear President Moon Jae-in during the presidential campaign, Ahn Cheol-soo, founder of the People’s Party and Moon’s rival in the election, stays mum. Meanwhile, Park Jie-won, former head of the People’s Party, proposed an investigation of the case by a special prosecutor.