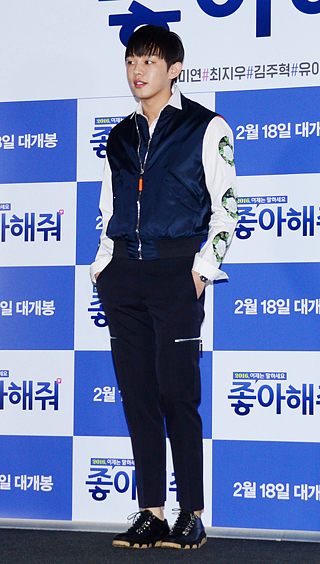 Actor Yoo Ah-in has been exempted from his mandatory military service after the results of his fifth physical checkup came in yesterday.

In an exclusive report by Sports Chosun, it was revealed that the actor, who had his fifth examination on May 22, was deemed unfit for duty due to osteosarcoma and is now exempt from his mandatory military service.

This was confirmed by the actor’s agency, UAA, which said, “Yoo has been deemed unfit for duty by the Military Manpower Administration and has been exempt from service.”

An osteosarcoma is a cancerous tumor in a bone.

It was reported that the tumor developed from two injuries that Yoo suffered on two different movie shoots. The first injury occurred when the muscles on his right shoulder were ruptured during filming for the 2013 movie “Tough as Iron.” The injury became worse in 2014 during a shoot for the movie “Veteran.” He was diagnosed with osteosarcoma in 2015.

Last year, he suffered another injury to his left shoulder, giving him injuries on both shoulders.

Although the pain was tolerable for the actor, the enlarged osteosarcoma was deemed by the Military Manpower Administration too dangerous to let the actor serve as an active soldier.

This is unfortunate news for the actor, who repeatedly told his fans that he wanted to join the military as a soldier.

Actor Kim Soo-hyun, who was first deemed unfit for duty, requested a re-examination himself to pass the minimum requirements again, which he did. He will start his service when his draft notice arrives. Actor Joo Won, who is currently serving his duty as an assistant instructor in a recruit training center, also gave up an easier position to join the army.