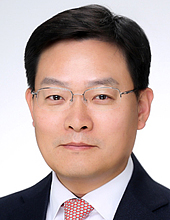 Son Jae-il, formerly head of the defense division at Hanwha Techwin, was named the CEO of Hanwha Land Systems.

Hanwha Land Systems is a new subsidiary under the group set to begin operations next month. It is one of three physically divided corporations of Hanwha Techwin, an aeronautics and defense technology affiliate under Hanwha. The group split Hanwha Techwin into a defense systems unit, energy equipment unit and industrial equipment unit.

Kwon Hee-baek is promoted from chief operating officer of Hanwha Investment & Securities to head of the securities firm. After entering Hanwha in 1988, he built his career in the group’s financial sector.