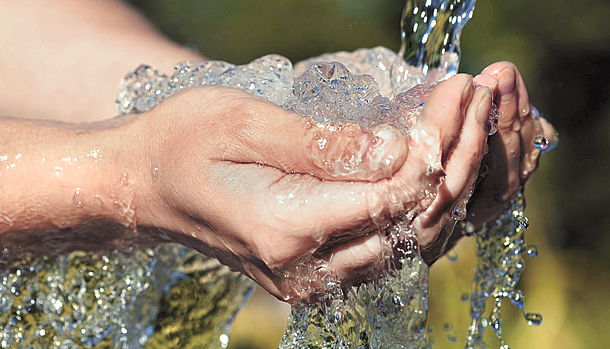 P&G is meeting its commitment to produce as little waste as possible. The ultimate goal is to produce zero waste and improve the sustainability of its products. [PROCTOR & GAMBLE]

Procter & Gamble, a consumer goods giant with many globally marketed brands, believes that its growth objectives and sustainability goals are mutually interdependent, so the company strives to fulfill its responsibilities to society with the business model of sustainability management at its core. It aims to reduce the environmental footprint with an ultimate goal of “no waste being sent to landfill.”

While P&G has focused on reducing its water waste at its manufacturing plants, it has also expanded its efforts to encourage customers to save energy and water.

For example, the Taicang plant of P&G located near Shanghai in China best represents P&G’s efforts to conserve water. It is built with an operational design that maximizes recycling and eliminates waste. The manufacturing plant closely adheres to its zero-waste goals by operating an eco-friendly production process. The process includes harvesting rainwater for reuse and treating wastewater very meticulously before discharging it into a river. Also, the plant runs on electricity from a wind power station and it is contributing to the environment by reducing over 5,000 metric tons of CO2 per year.

To help reduce domestic water usage, P&G developed water-efficient consumer products that can save water and energy in individual consumers’ lives. By developing laundry detergents that require less time, P&G was able to minimize the consumption of water used during laundry. Also, based upon the observation that washing machines tend to consume more energy when providing hot water, P&G developed detergent that can dissolve in cold water, and the newly developed detergents proved to be effective in saving electricity.

Besides its efforts put into developing innovative, eco-friendly products, P&G also actively engages in social sustainability activities such as its CSDW (Children’s Safe Drinking Water) campaign. P&G developed P&G Purifier of Water packets, which are water purifying packets to purify contaminated water into clean, drinkable water. Through this campaign, P&G hopes to contribute to the conservation of water in water-stressed regions by treating polluted water and providing safe drinking water to children in the developing world. Through working in close partnership with humanitarian and international relief organizations, the campaign has reached out to communities in need and provided water purification packets to 75 countries around the world.

Since establishing these sustainability goals, P&G has already made considerable progress. In 2010, they accomplished their goal of reducing the use of energy and water by 20 percent during production. The company has lowered greenhouse gas emissions by 10 percent compared to seven years ago, and it also uses 12.5 percent less packaging materials.