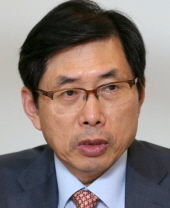 The Blue House also appointed Pak Un-jong, professor of law at Seoul National University (SNU), as the new head of the Anti-Corruption and Civil Rights Commission, a ministerial-level position, and Lee Jin-gyu, a career bureaucrat, as the first vice minister of Science, ICT and Future Planning.

Like Ahn, Park is also a non-career prosecutor who holds a doctoral degree in criminal law from the University of Gottingen in Germany and has served as co-chairman of the progressive civil group the Citizens’ Coalition for Economic Justice. 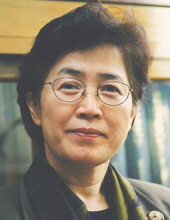 By selecting Park, Moon appears to be hardening his resolve to reform the prosecutorial body by turning it into an apolitical organization.
“(Justice Minister) nominee Park is a legal scholar who has consistently tried to reform the prosecution and judicial system,” said the Blue House spokesman, Park Soo-hyun, at the press briefing on Tuesday. “He is the right person to realize the new administration’s blueprint for reform.”

Park’s appointment came 11 days after Ahn Kyong-whan, an emeritus professor of law studies at SNU, became the first ministerial nominee to bow out under growing scrutiny concerning his personal conduct, particularly his fraudulent marriage in 1975, which was nullified the following year, to a woman whose seal he had forged on the marital certificate. Ahn’s dropout sparked demands from the opposition that Cho Kook, senior presidential secretary for civil affairs in charge of vetting process, resign.

Pak Un-jong, the new head of the civil rights commission, earned her Ph.D in law from the University of Freiburg in Germany. The Blue House touted her as the right person to help Korean society become more transparent and free of corruption by correcting administrative regulations and corrupt practices while “protecting the people’s rights.”

Moon also appointed Shin Hyun-soo, a former career prosecutor, as executive director of the National Intelligence Service (NIS). The main spy agency said in a press release that Shin would be able to reform and manage the NIS in a stable manner by drawing upon experience as a legal professional.