Girl’s Day’s Sojin and Eddy Kim are an item

Girl’s Day’s Sojin and Eddy Kim are an item 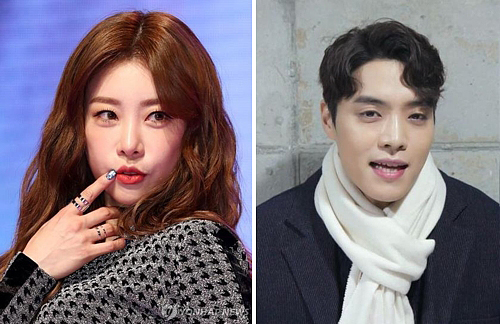 Sojin, a member of K-pop group Girl’s Day and singer-songwriter Eddy Kim admitted to being in romantic relationship on Wednesday.

The announcement followed a report from a website that Sojin, 31, and Kim, 27, grew close while filming the cable TV channel CGV’s reality show “I’m Director Too: Youth Movie” last August and began dating two months ago. The two initially denied the dating rumors, saying they are just close friends.

“We were very cautious about the abrupt report and denied it, but later decided to admit to the relationship after discussions,” the release said.

Debuting as a member of Girl’s Day in 2010, Sojin concurrently works as an actress. Eddy Kim gained fame after appearing on Mnet’s “Superstar K4.” He now works as a singer-songwriter and guitarist after signing with Mystic Entertainment.