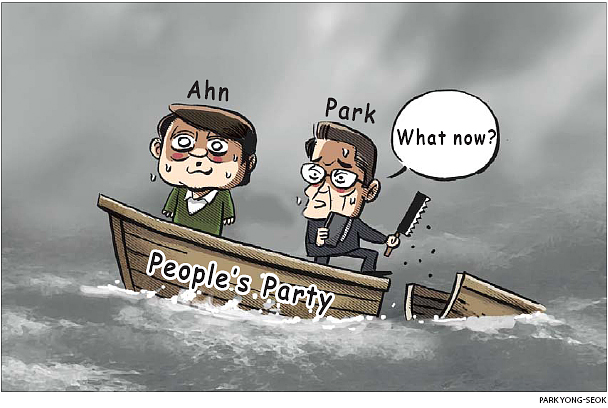 Despite former People’s Party interim leader Park Jie-won’s denial, it turned out that he received a Kakao Talk message about the existence of an audiotape smearing Moon Jae-in during the presidential campaign. The People’s Party’s candidate Ahn Cheol-soo remains mum about the faked tape.