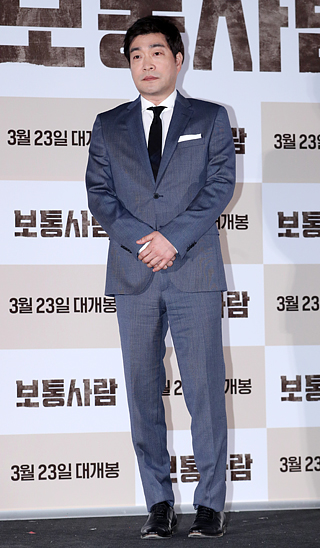 Actor Son Hyun-joo was named Best Actor for his role in “Ordinary Person” at the 39th Moscow International Film Festival.

The 52-year-old was honored with the prize at the awards ceremony held on Thursday, local time. The film’s director Kim Bong-han accepted the prize on behalf of the actor.

Released in Korea in March, the award-winning movie revolves around a police officer (Son), whose life takes a turn after getting involved in an illegal scheme led by an National Intelligence Service agent, who orders the officer to frame a one-time murderer as a serial killer. The movie takes place in1987 during former President Chun Doo-hwan’s military rule.

It is the third time for a Korean actor to receive the best actor award at the festival after Kang Soo-youn in 1989 for her role in “Come, Come, Come Upward” and Lee Deok-hwa in 1993 for his role in “I Will Survive.”

The Moscow International Film Festival is one of the four major international film events after Cannes, Berlin and Venice festivals. It began in 1935 and became a regular fixture starting in 1959.