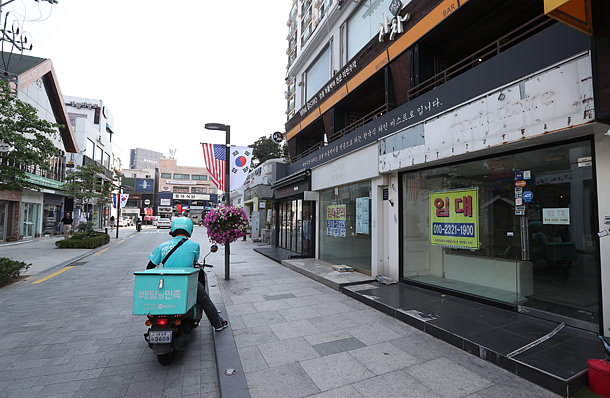 “Once the Mecca of the Orange Generation, 30 percent of commercial spaces in Apgujeong-dong are now vacant,” the JoongAng Ilbo recently noted, while discussing changes to Apgujeong-dong’s business district, nicknamed “Apgujeong Rodeo.”

The nickname comes from the high-end shopping street in Beverly Hills, California, and the area used to be the most fashionable address in Korea. The trendy district was also where the first McDonald’s store and Korea’s first specialty coffee shop, Jardin, opened. However, the golden age began to decline in the late 1990s. In addition to the foreign currency crisis, changes in spending patterns, and rising lease prices, meant Apgujeong was not competitive against Hongdae and Itaewon in terms of cost effectiveness any longer. In the end, three out of ten commercial spaces are vacant these days.

In 1988, when the first McDonald’s opened, I was a high school senior living near Apgujeong-dong. Compared to the late 80s and early 90s, today’s Apgujeong-dong has changed astonishingly. The number of bars, restaurants and clothing stores have decreased. Furthermore, trend-setting places such as the first McDonald’s in 1988 and luxury cafes and clubs in the 90s have disappeared, and the entire neighborhood has lost character.

But there is an Apgujeong landmark garnering international attention. When I was working as a Tokyo correspondent from 2011 to 2014, Apgujeong-dong was often featured as the “center of plastic surgery” on Japanese television. “Plastic surgery advertisements are all over Apgujeong Station,” reports said. “There are hundreds of plastic surgeon’s offices within 1 kilometer (0.62 miles) of the station.” Another hot item in Apgujeong-dong is Taegeukgi, the Korean national flag. The entire Gangnam District has become conservatively patriotic in terms of security, and Apgujeong-dong is on the front line. On national holidays, Taegeukgi are hoisted throughout apartment complexes. There is no reason to go against raising the flag on national holidays to show patriotism, but some locals find it unnecessary to see nearly 100 flags hanging over each of the 14-story apartment buildings.

There is something special that goes beyond the fashionable and trendy side of Apgujeong-dong. Locals have set agenda and created a new political trend. Aside from conservative or liberal, ruling or opposition parties, they created new trends in Korean politics, made changes and became the center of a new kind of politics. But their vitality and political influence faded.

I wish for Apgujeong’s renaissance as an opinion leader and innovative idea bank as much as I wish for an revival of its commercial boom. It should be different from the uniform scenery of Taegeukgi and plastic surgery advertisements, though.