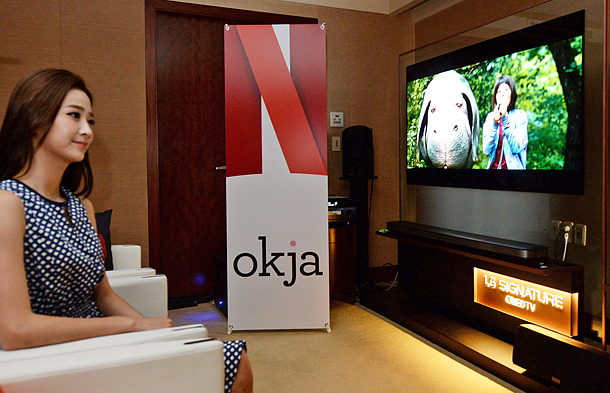 LG Electronics said Friday it is promoting the film “Okja,” which has received acclaim at home and abroad, with its latest organic light-emitting diode (OLED) TV.

LG Electronics said the LG Signature OLED TV W will provide the most optimized environment for audiences of the film.

The sci-fi film was co-produced by three Hollywood studios - Plan B, Lewis Pictures and Kate Street Picture Company - while Netflix covered the film’s entire budget of $50 million. The film was released through Netflix on Thursday.

Co-written by Bong Joon-ho and Jon Ronson of “Frank,” Okja follows the story of a girl from a rural town who risks everything to prevent a multinational company from kidnapping her close friend and superpig, Okja.