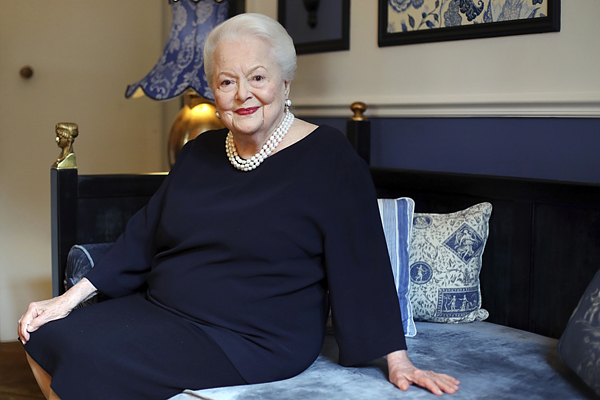 LOS ANGELES - Hollywood great Olivia de Havilland has launched her own sequel to the TV series “Feud” - a lawsuit.

The double Oscar-winning actress filed suit Friday against FX Networks and producer Ryan Murphy’s company, alleging the drama inaccurately depicts her as a gossipmonger and is an invasion of privacy.

The suit was filed in Los Angeles on Friday - one day before de Havilland turns 101. The actress, whose credits include the role of Melanie Hamilton in “Gone with the Wind,” lives in Paris.

De Havilland’s suit alleges that “Feud: Bette and Joan,” about the testy relationship of Bette Davis and Joan Crawford, used her name and identity without permission or compensation.

Catherine Zeta-Jones played De Havilland in the series, which aired earlier this year. The anthology series’ next announced chapter is about the ill-fated marriage of Britain’s Prince Charles and Princess Diana.

While De Havilland is “beloved and respected by her peers” and has a reputation for integrity and honesty, the series depicts her as “a hypocrite, selling gossip in order to promote herself” at the Academy Awards, the suit says.

This is false, the suit against FX and Ryan Murphy Productions contends.

“She has refused to use what she knew about the private or public lives of other actors (which was a considerable amount) to promote her own press attention and celebrity status,” a valuable aspect of her character, the suit says.

It argues that putting “false statements into a living person’s mouth and damaging their reputation is not protected by the First Amendment because the work is cloaked as fiction.