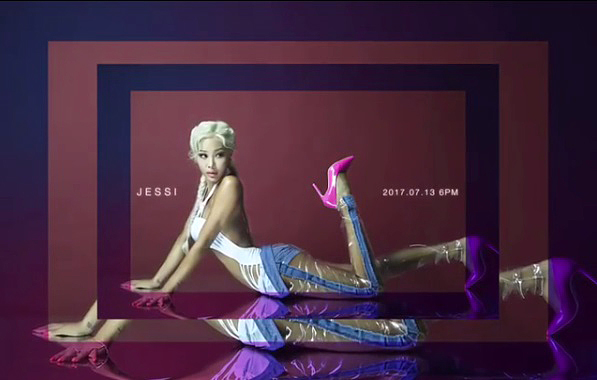 Rapper Jessi, known for her husky voice and powerful performance, is set to release her first mini-album since her debut on July 13.

Jessi took to her Instagram yesterday to tease her upcoming album with a promotional image featuring a new style. She shows off a new, pin-up-inspired look with bleached hair, pink lipstick and pink high heels.

A source from her agency confirmed the album’s release saying, “Jessi will make a comeback with a five-track mini-album titled ‘Un2verse.’ With her unparalleled confidence, this album is filled with Jessi’s identity.”

Jessi debuted in 2005 under the pseudonym Jessica H.O., but failed to gain traction.

She made her breakthrough on Mnet’s “Unpretty Rapstar” in 2015, with an in-your-face attitude that was previously uncommon on Korean entertainment shows.