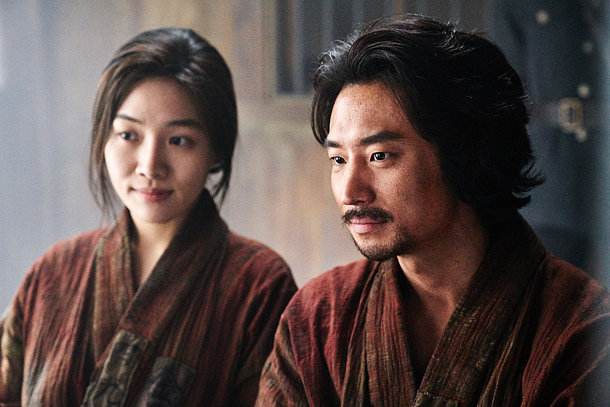 Set in Tokyo during the Japanese colonial period (1910-45), the story unfolds as the independence fighter and Fumiko are convicted of high treason for attempting to obtain bombs with the intention of attacking the Imperial House of Japan.

The movie sold 818,000 tickets from Friday to Sunday, bringing its total to 1.18 million since it dropped Wednesday. It accounted for 48.8 percent of the entire weekend’s ticket sales.

At distant second was the newest installment of “Transformers.” The film, which has performed well internationally despite being panned by critics, saw a huge drop in sales to sell 356,000 admissions in its second weekend.

Despite controversy over its quality, local action flick “Real” managed to debut at third. Starring Asian superstar Kim Soo-hyun and Sulli, a former member of girl group f(x), the movie sold 165,000 tickets over the three days.

“Okja” debuted at fourth despite its limited theatrical release.

The Netflix-funded movie, directed by auteur Bong Joon-ho, sold 88,000 tickets over the weekend - an impressive performance, considering it is not being screened at the nation’s three major cinema chains, which take up more than 90 percent of the market share.