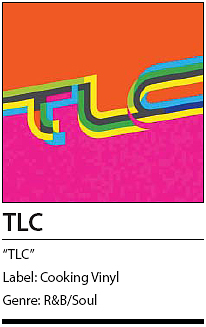 TLC, the iconic `90s-era girl group, is back after 15 years away and these women are clearly not wasting any more time. “We don’t need no introduction,’’ they boast on the first song of their new self-titled CD. “No, we don’t need no instructions/We already paved the way.’’

They’re right. For those of you who have no idea who TLC is, we’ll wait while you go to the closest older person who can explain how important “No Scrubs,’’ “Waterfalls’’ and “Creep’’ were for a generation raised on the band’s mix of female empowerment and socially conscious lyrics.

The self-titled album is from the surviving members, Tionne “T-Boz’’ Watkins and Rozonda “Chilli’’ Thomas. Lisa “Left-Eye’’ Lopes died in a 2002 car crash.

As for the album, funded in part by Kickstarter, it’s a kaleidoscope of different sounds and moods, befitting an album with some 20 different songwriters. You want coherence? Well, it’s overrated. This is TLC, after all. It’s just a joy to hear them again, and to have it be with a new, strong, joyous album seems even better.