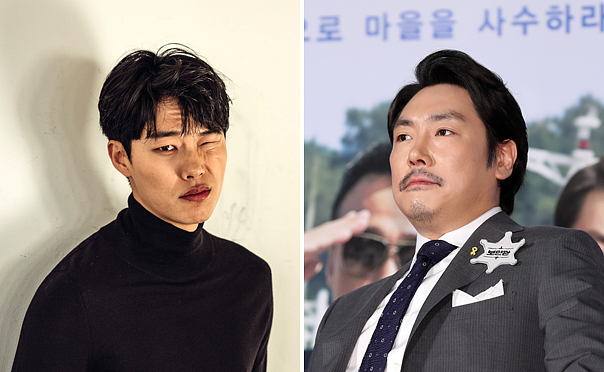 Another star-studded cast will greet audiences in the near future as top actors Cho Jin-woong, Ryu Jun-yeol, Kim Joo-hyuk and Cha Seung-won have all been cast in a film with the working title “Drug War,” according to production studio Yong Film yesterday.

The upcoming film is a remake of a 2013 Hong Kong movie of the same title, directed by internationally acclaimed director Johnnie To. The film centers around a police detective who attempts to capture the kingpin of the nation’s biggest drug organization, named Mr. Lee, by collaborating with a lowly member of the drug cartel.

Cho, who showed acting prowess playing a policeman in the film “A Hard Day” (2014) and in the drama “Signal” (2016), will once again take on the role as a detective. Rising actor Ryu will play the pawn of the drug cartel, who will collaborate with Cho.

Director Lee Hae-young, who directed “The Silenced” (2014) and “Like A Virgin” (2006) will be taking the helm of this movie. Yong Film, which produced some of the more memorable films of the past few years, “The Beauty Inside” (2015), “The Handmaiden” and “Luck-key” of last year, will be the production company behind the film which is set to be released next year.