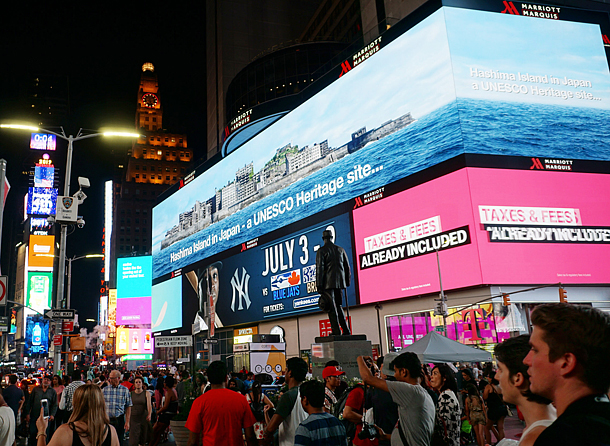 A video about the forced labor of Koreans brought to Hashima Island in Nagasaki, Japan, during the Japanese colonial era plays on the biggest LED display in New York City’s Times Square on Monday local time. Created by renowned Professor Seo Kyoung-duk of the general education department at Sungshin Women’s University, the 15-second video discloses the fact that Hashima Island, which is listed as a Unesco World Heritage Site, was where some 600 people were coerced into labor and 120 people died. It will be played over 1,000 times per day through Sunday. A movie tackling the Hashima Island issue directed by Ryoo Seong-wan will open in Korea on June 26. [YONHAP]